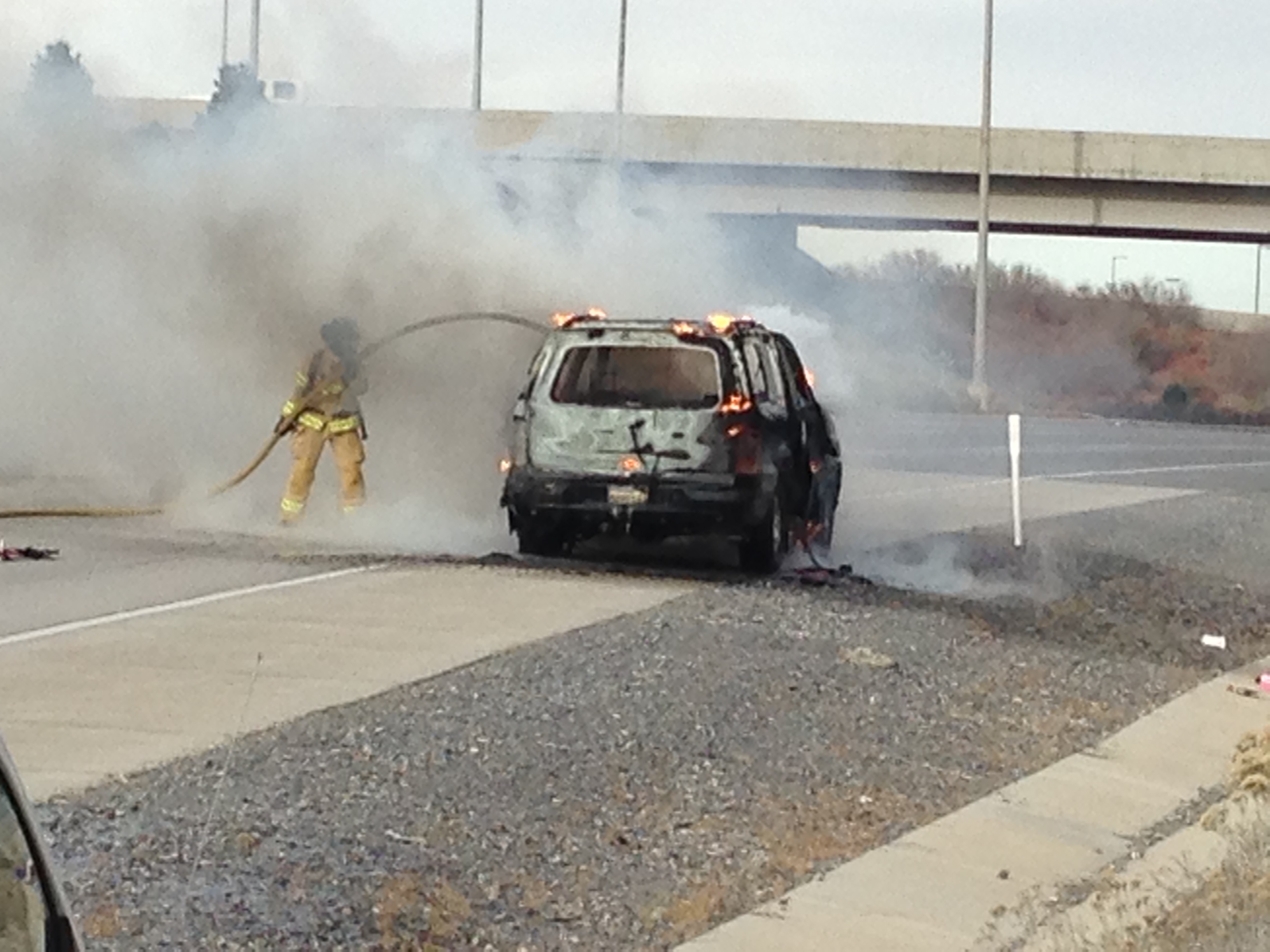 SALT LAKE CITY — Fire crews responded to a burning vehicle on the road leading to the terminals at Salt Lake City International Airport Thursday afternoon, and authorities said the woman driving the vehicle made it out safely.

Photos taken at about 2:15 p.m. Thursday show the SUV engulfed in flames hundreds of feet from the airport terminals. Salt Lake City Fire Department personnel at the scene said the woman driving the vehicle pulled over after noticing flames coming from beneath the vehicle.

The woman made it safely out of the vehicle and even had time to retrieve some of her belongings. There were no injuries reported in connection with the incident.

The road was briefly shut down as crews extinguished the blaze, but once the fire was out traffic was allowed to begin moving in the area again.

So far, the cause of the fire has not yet been determined.