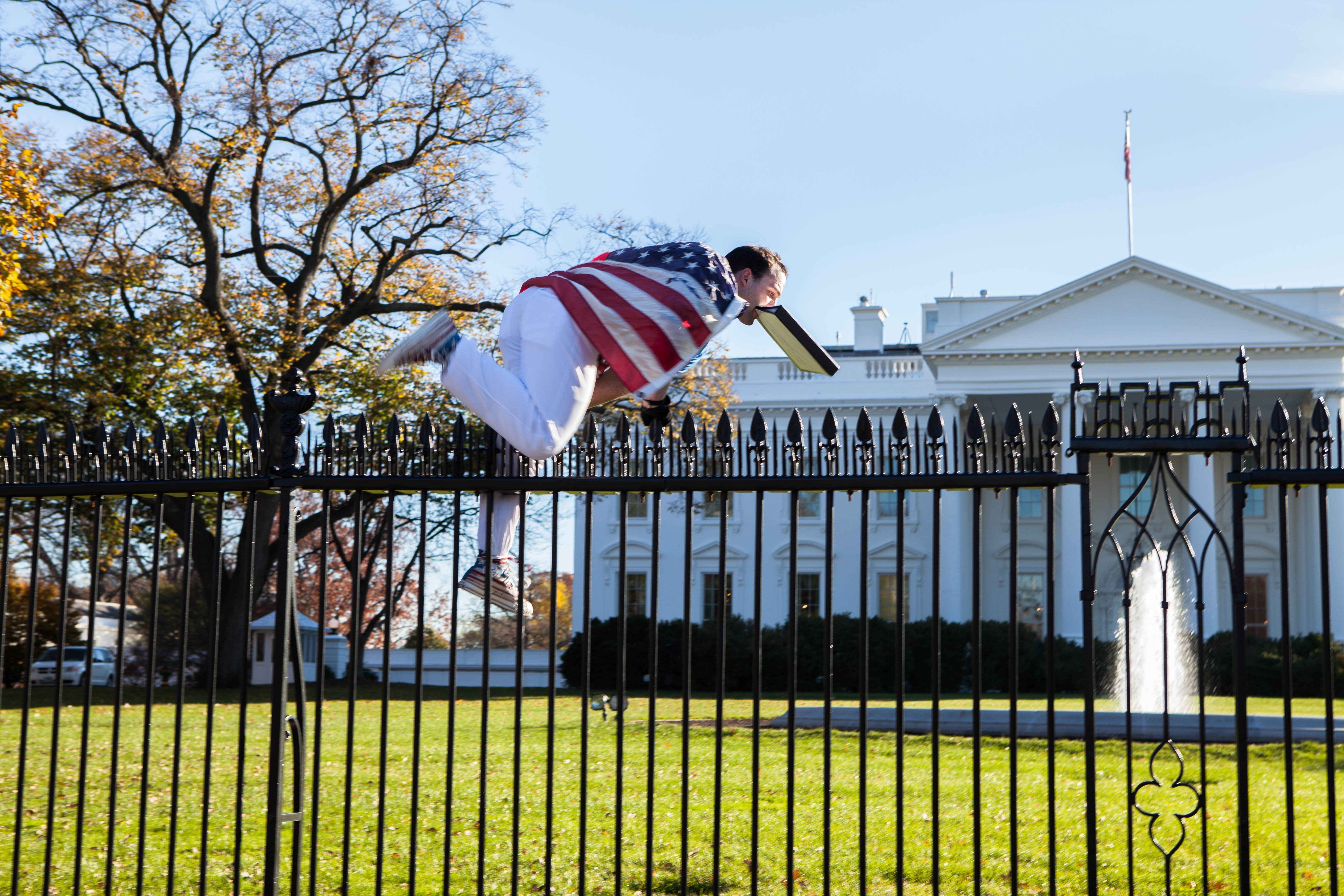 (CNN) — A man is in custody after jumping over a White House fence while the first family was inside celebrating Thanksgiving, officials said.

Joseph Caputo scaled a fence on the North Lawn at 2:45 p.m., according to Secret Service Spokesperson Robert Hoback. The jumper was immediately apprehended and taken into custody.

According to two CNN photojournalists who witnessed the incident, the man was carrying an envelope, had on a blue shirt and white pants and was cloaked in an American flag. They said the officers who detained him had their guns drawn and were accompanied by K-9 units.

Though the White House issued an official “all clear” about two hours after the episode began, the north and south fence lines remained temporarily closed Thursday evening.

The stunt was hardly original.

Caputo allegedly was at least the third person in 2015 to scale a fence and make it on to White House property. While most are quickly captured, a 42-year-old Iraq war veteran in September 2014 ran through the main floor past a stairway that leads up to the first family’s residence before he was subdued by Secret Service agents in the East Room.

The fence scaled Thursday had recently been outfitted with 7-inch steel spikes to deter such occurrences.

Criminal charges are pending, according to Hoback.