See the videos above for team coverage on the winter weather. Brek Bolton has details on the weather forecast, while Robert Boyd takes a look at the impact that weather is having on Utah roadways.

SALT LAKE CITY -- Interstate 15 southbound near the Davis County line has reopened after it was shut down due to road conditions and several car accidents Saturday morning.

The road was closed at milepost 312. It is unknown how severe the crashes were, according to Utah Highway Patrol. A trooper's vehicle was also hit in Salt Lake City while the trooper was outside his vehicle. He was not injured.

A slow-moving pressure system has moved into northern Utah and isn’t expected to leave the area until Monday, said Mike Seaman, meteorologist with the National Weather Service. With the cold temperatures, the snow is sticking to the ground, making slick road conditions.

As of 7 a.m., temperatures in Salt Lake City were estimated at 24 degrees, 22 degrees in Ogden and Provo and 17 degrees in Logan.

Seaman said temperatures will struggle to get to 30 degrees in Salt Lake City.

The snow will continue on and off throughout the weekend.

In other areas of Utah, FOX 13 News viewers are reporting about four inches of snow in Dutch John and several inches in Vernal. 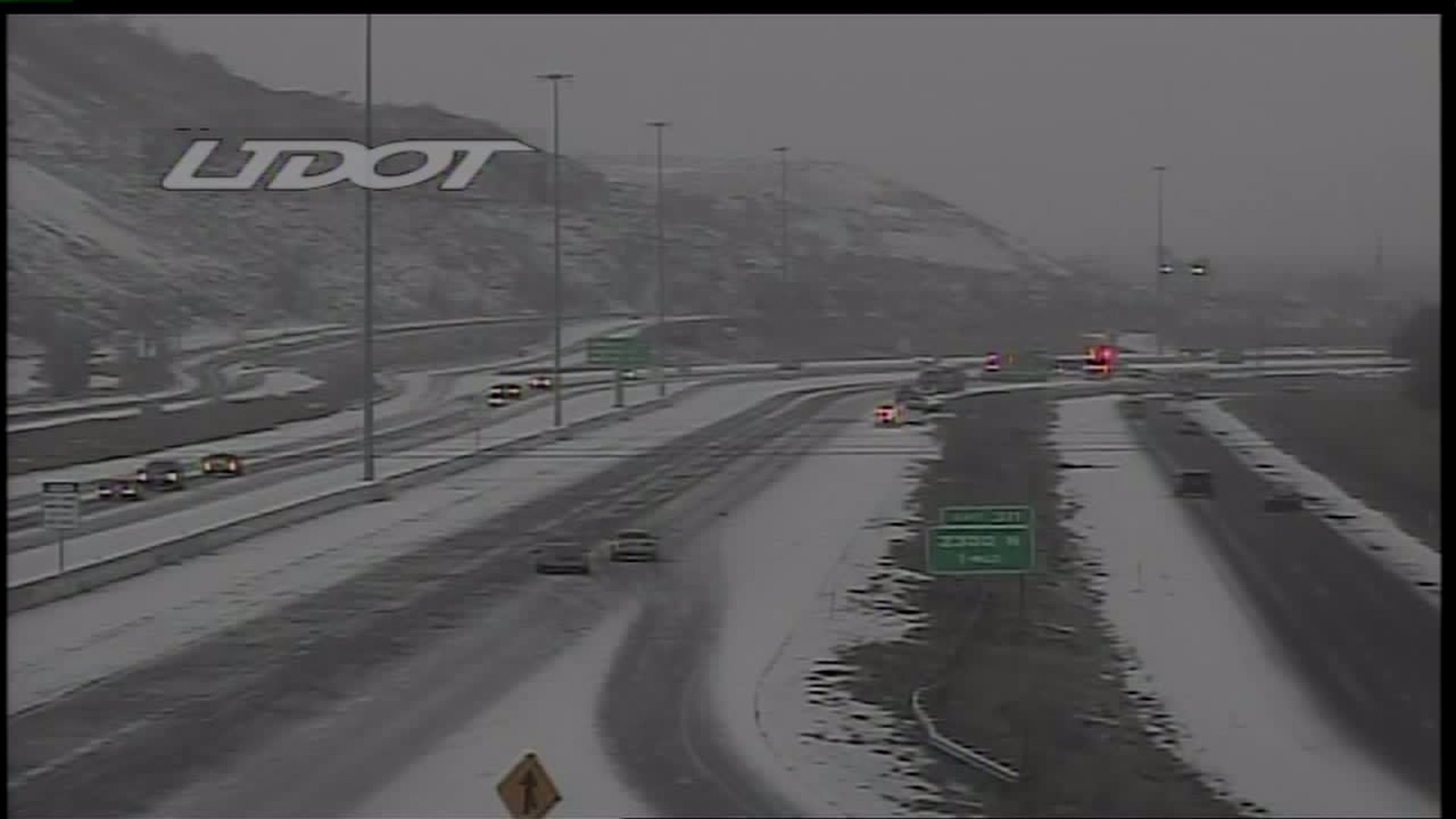