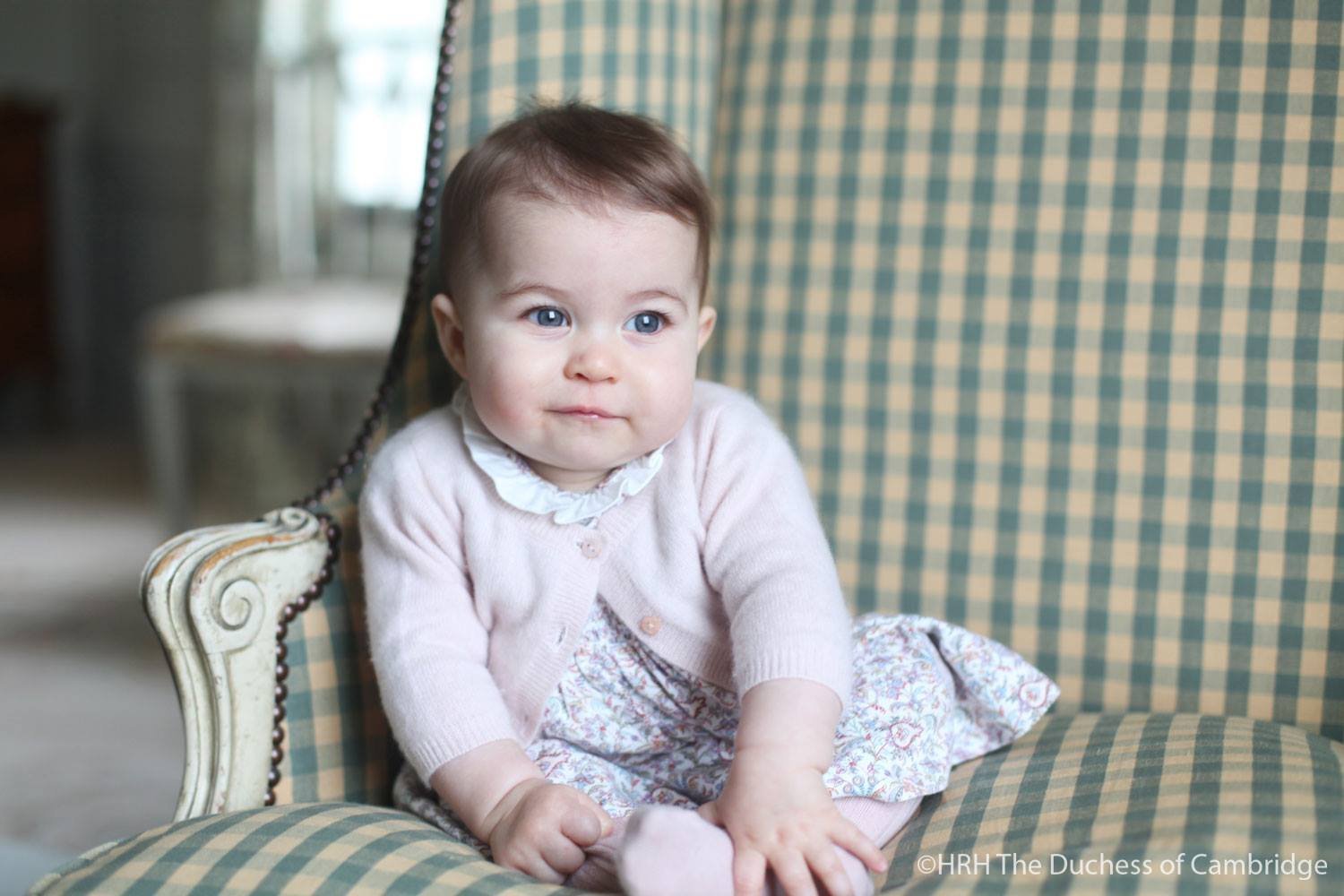 (CNN) — Brace yourself for a dose of royal cuteness.

Prince William and Catherine, the Duchess of Cambridge, have released two new photographs of Princess Charlotte, who was born on May 2.

Catherine took the photographs in early November at their home in Norfolk.

The two images show the toddler princess sitting on a gingham chair, wearing a pale violet sweater buttoned to the neck over a floral dress.

In one photo she laughs while playing with a fuzzy toy dog. In the other she looks toward the camera with a more serious expression.

“The Duke and Duchess continue to receive warm messages about Princess Charlotte from all around the world and they hope that everyone enjoys these lovely photos as much as they do,” Kensington Palace said in a prepared statement.

The photos reveal that Charlotte has brown hair and blue eyes. The princess, fourth in line to the British throne, was last seen in public in July when she was christened in the church at St. Mary Magdalene in Sandringham, Norfolk.

Previous official photos have shown her brother, George, who was born July 22, 2013.