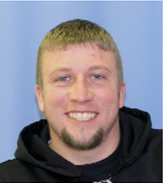 By Jethro Mullen and Joe Sutton

(CNN) — A Pennsylvania police officer was shot to death after responding to a call about a domestic dispute, authorities said.

The officer, Lloyd Reed, confronted a man involved in the dispute late Saturday at a home in the Western Pennsylvania community of New Florence, said State Police Trooper Stephen Limani.

The man, Ray Allen Shetler Jr., shot Reed and is then believed to have fled the scene, Limani said.

Reed, who had more than 20 years’ experience as a police officer, died of his wounds.

Shetler, described as a 31-year-old weighing about 220 pounds, was later brought into custody, Limani said. Before being transported to jail, the suspect was being treated for a bullet wound sustained during the initial confrontation.

Authorities had earlier warned residents in the area to lock the doors and windows of their homes and vehicles while Shetler was at large.

A woman at the home where the dispute took place suffered minor injuries that were believed to have been caused by Shetler, according to Limani.