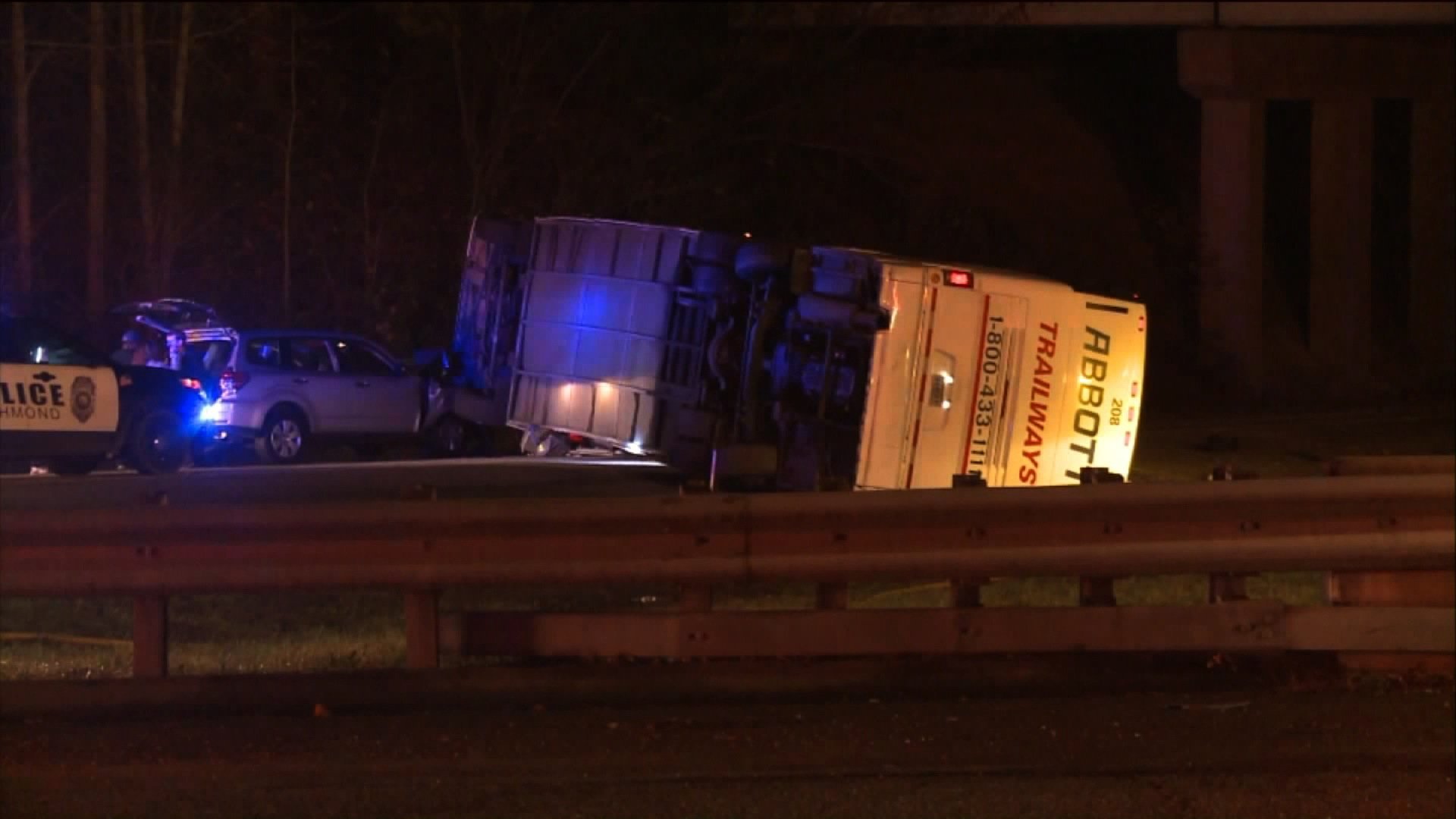 (CNN) — Speed was a factor in a bus accident in Virginia that sent 34 university students and a bus driver to the hospital on Sunday night, according to the Virginia State Police.

Students were returning to school from Thanksgiving break using a service called Home Ride that chartered the bus, which Abbott Trailways owns and operates. The driver lost control as the bus was coming around the curve of a highway ramp to another road, leading the vehicle to overturn, Virginia State Police said.

The driver, Thomas B. Chidester, 58, of Salem, Virginia, was charged with reckless driving.

Dan Ronan, who represents Abbott Trailways, did not have further information about the driver’s employment record at the company. Ronan said that the company was working with law enforcement and a towing company to return baggage to passengers.

Home Ride did not immediately respond to a request for comment.

Eighteen of the students injured were from Radford, said Joe Carpenter, vice president for university relations and chief communications officer at the school. The university has reached out to students to offer assistance in coordinating with professors and to make the student health center and counseling services available, he said.