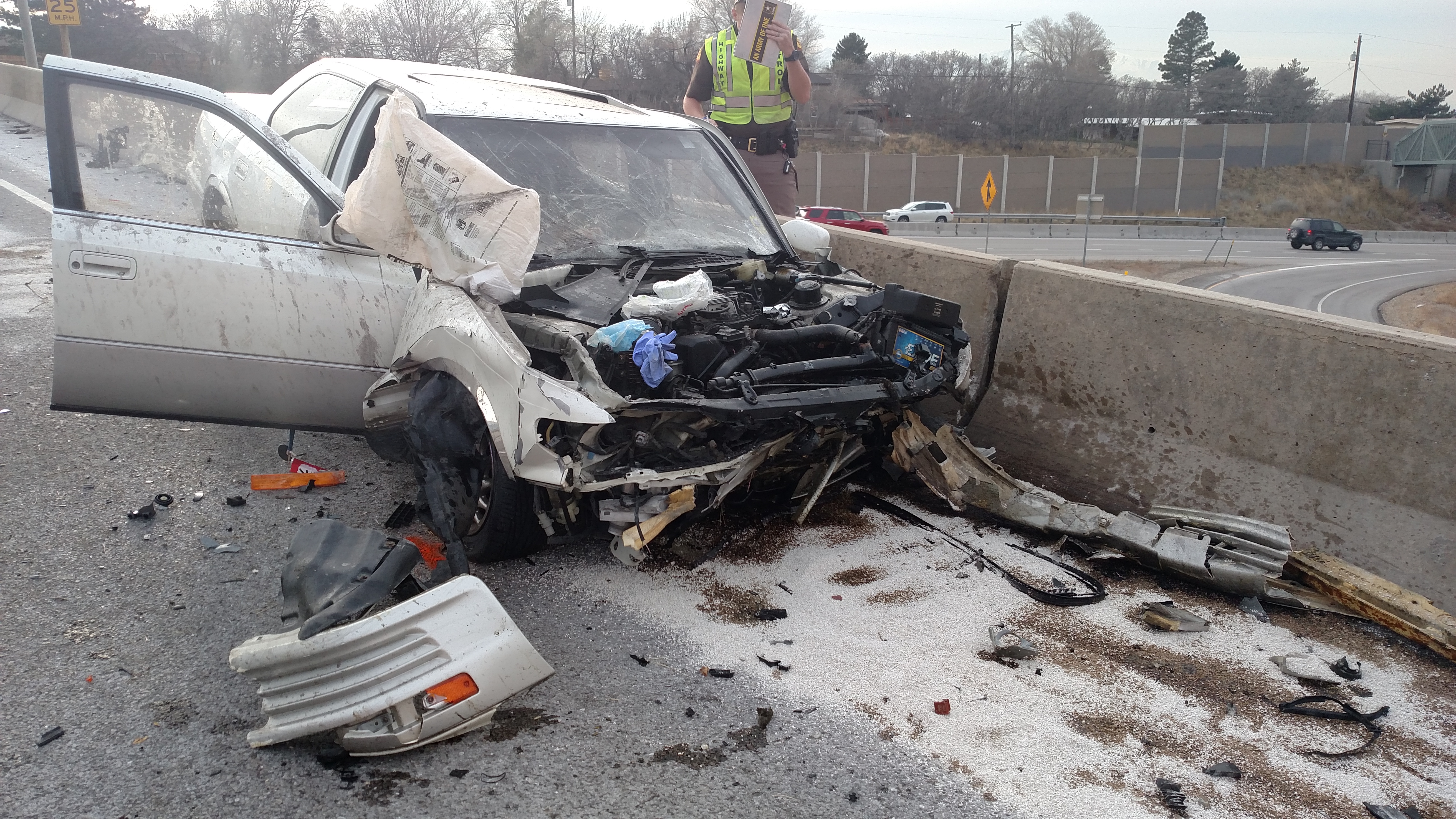 SALT LAKE CITY — A man suffered fatal injuries in a car crash Thursday afternoon after going up an embankment and striking a cement barrier in the area of I-215 eastbound and I-80 westbound.

According to the Utah Highway Patrol, the driver of the vehicle who was killed is 25-year-old Keiffer G. Carter of Cottonwood Heights.

UHP states Carter was northbound on I-215 East when he appeared to take the I-80 eastbound on-ramp. His car went off the ramp to the left, climbed an embankment and impacted the cement wall that separates I-80 westbound from the I-215 East southbound ramp.

Medical responders arrived and provided aid, but Carter was pronounced dead at the scene.

UHP states Carter was not wearing a seat belt, and “it appears that the driver did not make any corrections to avoid the crash.”

There were no other reports of injuries.