One dead, four injured after SUV slams into traffic stopped on I-15 near Perry 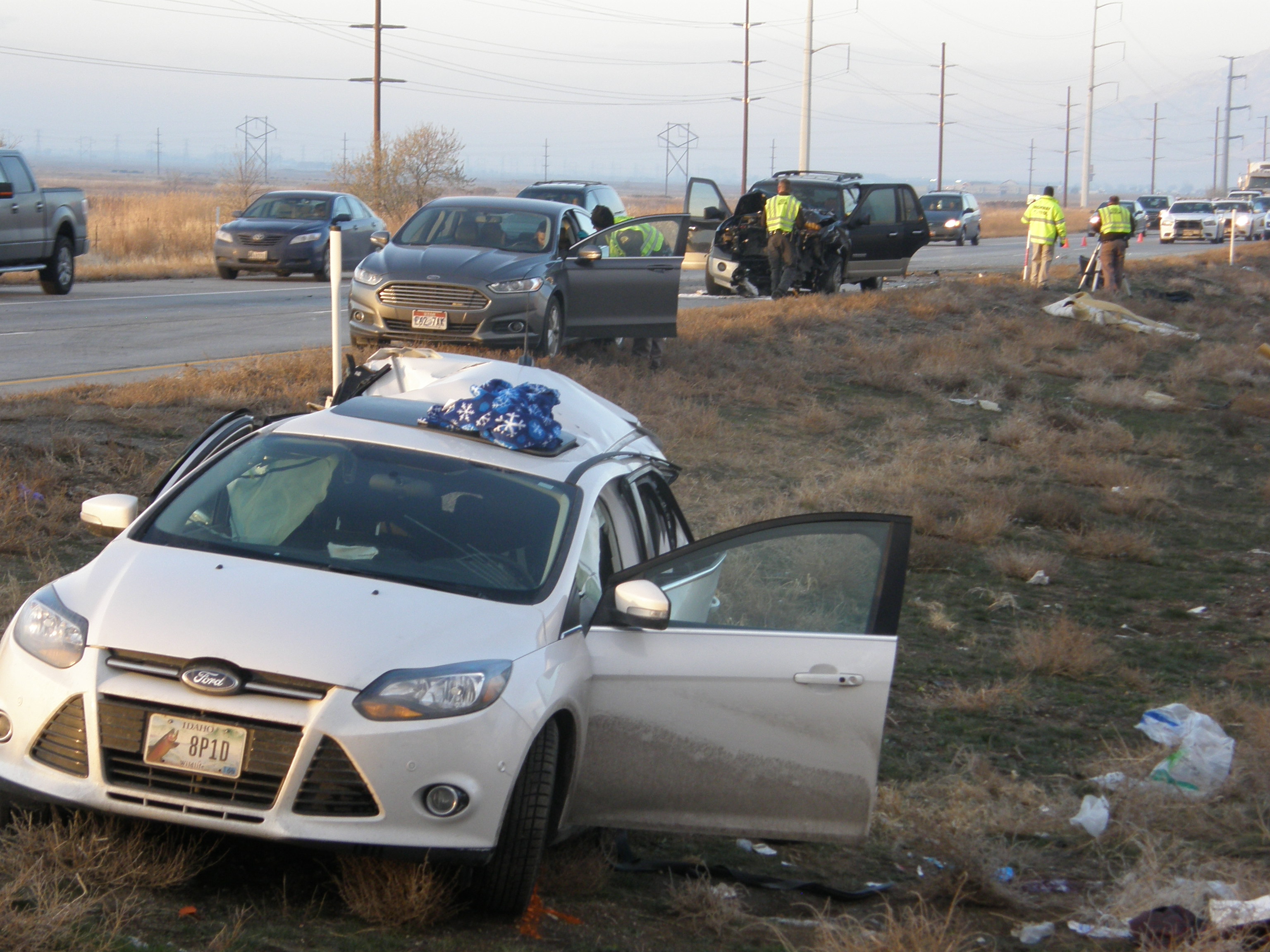 PERRY, Utah – Two adults and three children were taken to hospitals Friday after a crash on southbound I-15 near Perry, and one of the adults later died due to injuries he suffered in the crash.

According to the Utah Highway Patrol, the crash occurred just before 4 p.m. Friday on southbound I-15 at mile post 360 in the vicinity of the Perry rest area.

Traffic had been slowed due to two minor crashes, and the driver of a black Ford Expedition changed lanes as it approached, but the driver apparently did not notice traffic had stopped. The Expedition struck a Ford Focus that had stopped, and the Expedition was traveling at near-freeway speeds when the impact occurred.

The Focus was pushed into a median, and the Expedition then collided with the back of a Ford Fusion.

The female driver of the SUV and her three children were taken to Brigham Hospital with injuries described as being not life-threatening.

The driver of the Fusion was checked out at the scene and released.

The male driver of the Ford Focus, later identified as 43-year-old Jesse McKenny of Victor, Idaho, suffered severe injuries and was taken to McKay Dee Hospital in Ogden. McKenny died due to his injuries later Friday.