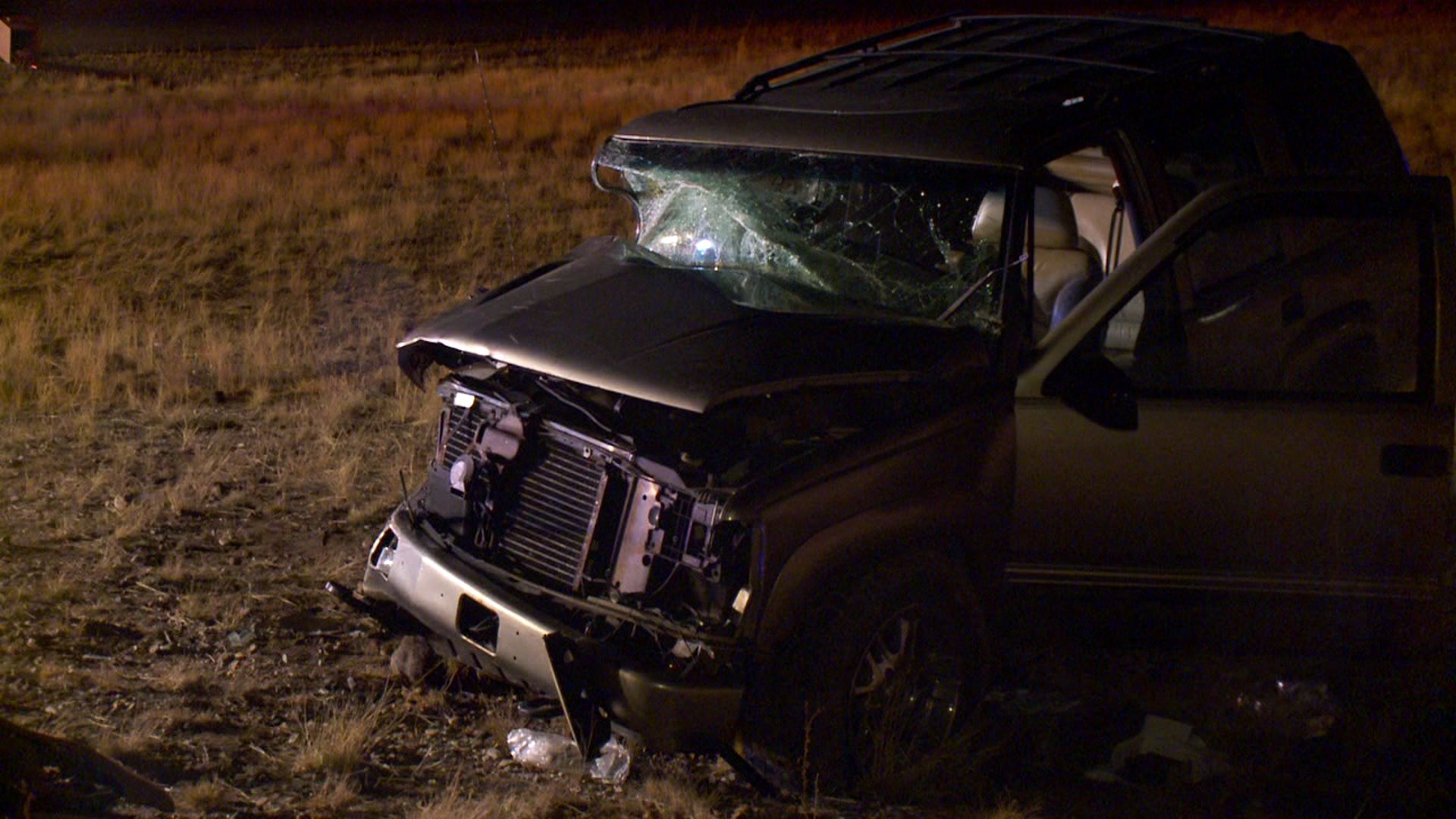 KEARNS, Utah – A woman is in serious condition after an accident on Mountain View Corridor overnight.

Authorities said a truck heading west ran a red light and crashed into a SUV going northbound at 6200 S. just before 9 p.m.

The collision pinned the woman inside the SUV.

Emergency crews had to cut the woman out and fly her to the hospital.

Two others who were inside the SUV were treated at the scene.

The driver of the truck that caused the crash was not injured.

Officials said they believe there weren’t more serious injuries in this accident because everyone was wearing a seat belt.