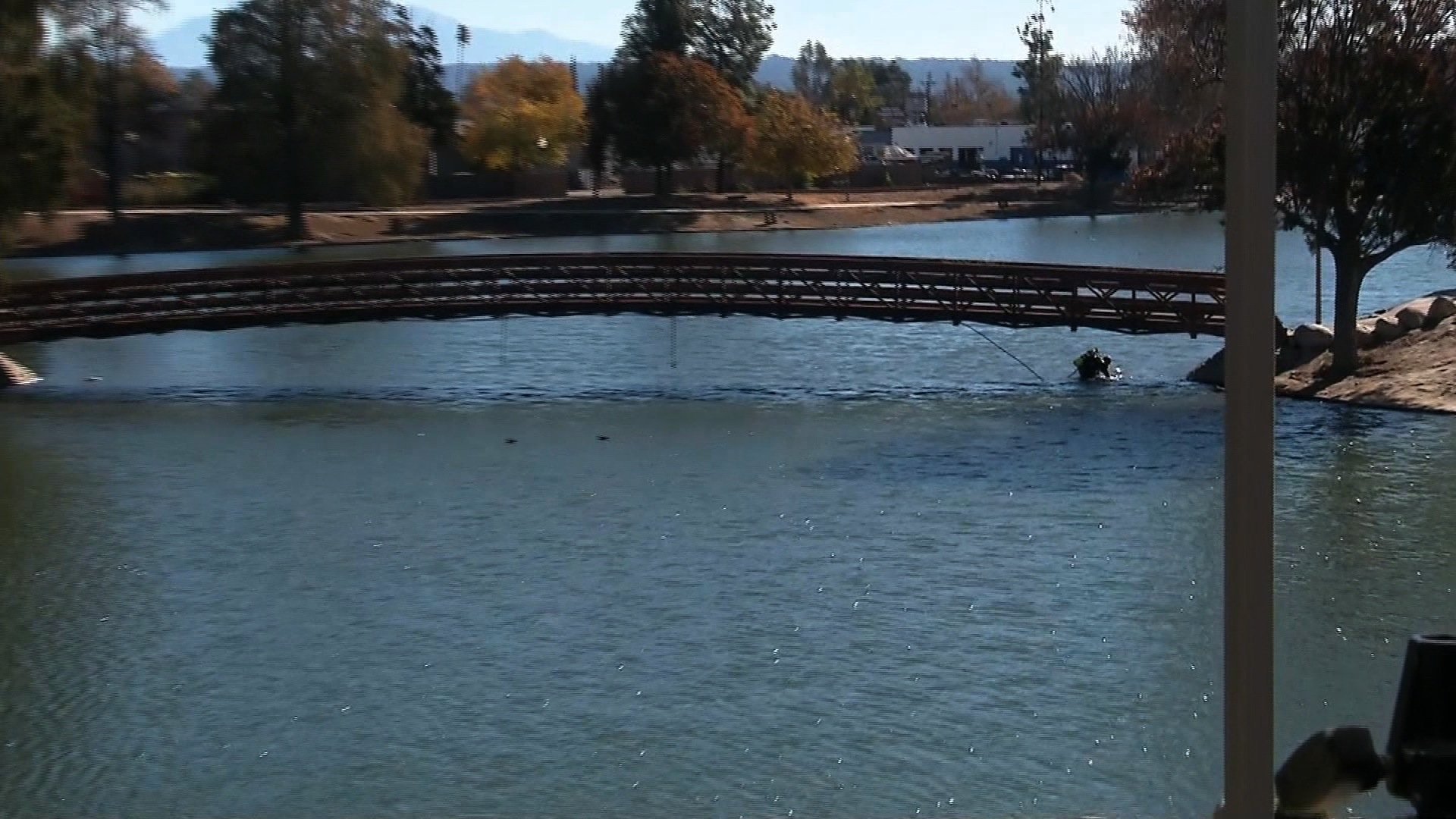 By Faith Karimi and Ana Cabrera

(CNN) — After scouring a San Bernardino lake for clues into this month’s terror attack, divers have recovered some items, the FBI said. But the search turned up nothing related to the investigation, a law enforcement source said.

The search of Seccombe Lake is now over, the FBI said late Saturday.

The federal agency initially declined to comment on whether the items are related to the mass shooting that left 14 people dead, but the law enforcement source said later the three-day search yielded nothing useful to the investigation. The source declined to describe the items found.

Authorities are trying to piece together details on why married couple Tashfeen Malik and Syed Rizwan Farook opened fire on the latter’s co-workers at a holiday party on December 2.

They are seeking the electronic trail of the killers and trying to find out whom they interacted with, how they hatched and carried out the plot, and why.

One of the items divers were likely looking for was a missing hard drive from the couple’s computer. Investigators believe the hard drive was removed as a way to hide information about the crime.

Though it does not appear the hard drive was found in the lake, investigators have another means of gathering data from the drive: Internet service providers can retrieve months of records of Internet activity linked to the IP address associated with the killers, the law enforcement source said.

Lake is near site of massacre

David Bowdich, the assistant director of the FBI’s Los Angeles office, would not comment on what the divers were looking for. But the lake is a few miles from San Bernardino’s Inland Regional Center, where the massacre occurred.

The killers were in the area “at some point,” he said, but he did not specify if it was before or after the massacre.

As more details emerge on the couple, officials are also pursuing clues on who their contacts were.

Marquez spent several days being voluntarily interviewed by the FBI and portrayed the two men as hobbyists experimenting with building the devices, the officials said.

Marquez has emerged as a person of interest in the San Bernardino shootings because he bought rifles used in the attack.

He checked himself in to a mental health facility after the attack and has not been charged with a crime.

The FBI said Farook had ties to a group of jihadists arrested in California three years ago for attempting to travel to Afghanistan to join al Qaeda.

The couple tried to destroy their electronic tracks, but the FBI recovered some of those communications, two law enforcement officials said.

Before she emigrated from Pakistan, Malik was interviewed, as part of the vetting process to obtain a fiancee visa, at the U.S. Embassy in Islamabad on May 22, 2014, but she was not asked about any jihadist leanings because there were no red flags in her application, a senior State Department official told CNN. Because she was applying for a fiancee visa, the interview primarily sought to prove she knew Farook and really was in a relationship with him.

Her Department of Homeland Security application, which was checked before the interview, was clean, two senior State Department officials said.

Malik later passed two other checks against security databases before her visa was OK’d, the two senior State Department officials said. Records show her visa was approved the day after the interview and she traveled to the U.S. in July 2014. California marriage records show she married Farook the following month.

The New York Times reported Sunday that U.S. immigration officials conducted three background checks on Malik when she emigrated from Pakistan but allegedly did not uncover social media postings in which she said she supported violent jihad and wanted to be a part of it. The paper, which attributed the information to American law enforcement officials, did not report on any specific posting but said Malik made no effort to obscure her views on jihad.

It is not clear if the background checks cited by the newspaper are the same checks that the State Department officials discussed with CNN.

Social media and the visa process

A U.S. official told CNN shortly after the San Bernardino attack that the U.S. only recently began reviewing the social media activity of visa applicants from certain countries. The date that these types of reviews began is not clear, but it was after Malik was considered, the source said.

Asked for more information, a State Department spokesman sent CNN the following statement: “‎State relies heavily on the interagency (cooperation) to provide information about terrorist ties or other security concerns. We have a number of tools from which we draw this information. On a case-by-case basis, consular officers and our interagency partners may examine any publicly available information, such as social media, about the applicant, including for evidence of the bona fides of the relationship.”

Speaking in Paris on Saturday, Secretary of State John Kerry fielded a question about the visa-vetting process and whether the policies regarding it needed to be updated. Specifically, he was asked whether social media activity should be considered in the vetting process.

“The review has been ordered and we need to look at whether there are means, and whether we should be, and how we can do it,” he said. “Clearly, the social media has placed a whole new burden and a whole new set of questions, but not impossible ones to resolve, and I think we need to look at this very, very carefully — which is what we’re doing — before we jump to any wholesale prohibition without understanding what the implications may be.”

The FBI is still trying to recover information from two smashed cell phones found in a garbage can near the home.