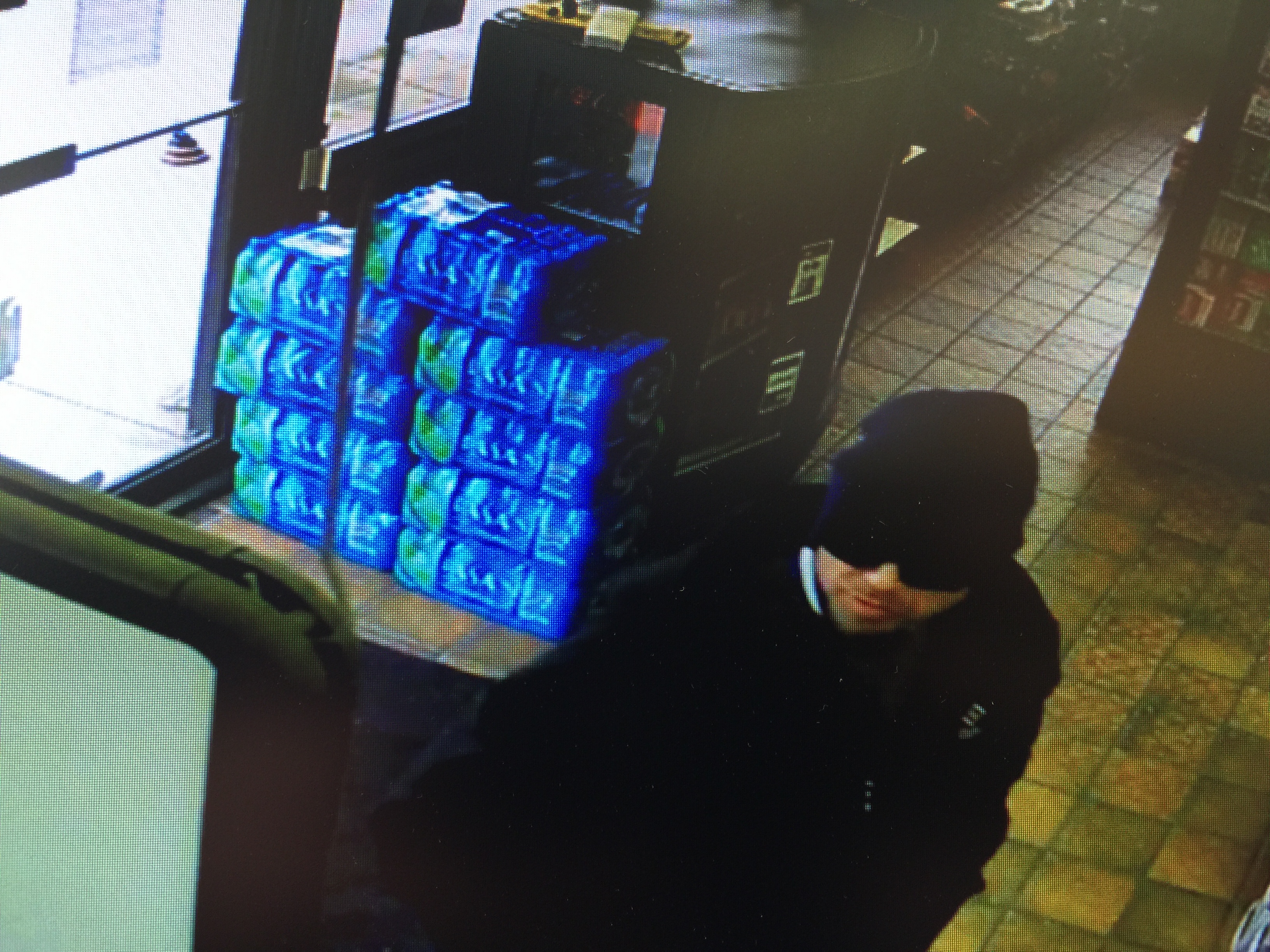 HOLLADAY, Utah — Police are searching for a man who allegedly robbed a gas station in Holladay before fleeing in a stolen truck, and authorities released several photos of the man–who they said may be staying in the area of 900 West and North Temple.

According to a press release from the Unified Police Department, the robbery occurred at about 2:16 p.m. Tuesday at a Phillips 66 gas station located at 6070 South Highland Drive in Holladay.

The suspect parked a Ford truck outside and entered the store before presenting a note stating: “This is a robbery.”

The clerk complied, and the suspect fled with an undisclosed amount of cash. Police located the truck on Highland Drive after the robbery was reported, but the truck fled when police attempted to make a traffic stop. The truck, which was found to be a stolen vehicle, was later found abandoned, and police learned the suspect had fled on foot before getting into a cab and travelling to the area of 900 West and North Temple Street.

Police believe the suspect may be staying in a hotel near 900 West and North Temple. He is described as an adult white male who is tall with a thin build. He has shaved or very short hair, and he has black or dark facial hair. He was last seen wearing a black hooded sweatshirt, a backpack and he has a distinctive tattoo on the back of his neck.

Anyone who recognizes the suspect or who sees him is asked to call Unified Police Department at 385-468-9814.