Suspect caught after allegedly firing into cars on I-40 in Oklahoma, killing 2 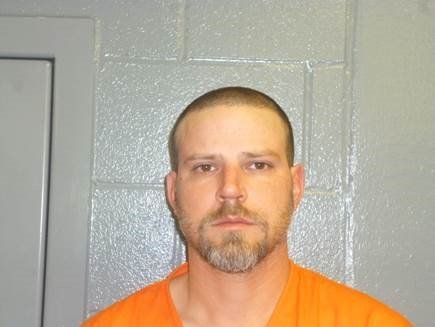 By Greg Botelho and Tina Burnside

(CNN) — A suspect shot into multiple cars overnight along Interstate 40 in western Oklahoma — killing two people in two different vehicles — before being apprehended after a 14-mile chase, a sheriff said.

The first indication of trouble came in calls shortly before midnight (1 a.m. ET Thursday) to authorities in Caddo County about a possible road-rage incident along I-40, Custer County Sheriff Bruce Peoples told CNN. Callers described a man allegedly opening fire from his pickup truck at various vehicles along the highway, the Oklahoma State Bureau of Investigation (OSBI) said in a news release.

One of those bullets struck and killed 45-year-old Jeremy Kent Powell, who had been driving with his wife westbound on the interstate, OSBI said.

Nine miles from where Powell ended up, police in Weatherford, Oklahoma, found a different bullet-ridden vehicle on the shoulder of the same road. Inside was a wounded Bill Jean West, 63. She was later pronounced dead at a Weatherford hospital, the OSBI reported.

The shooter fired into at least six vehicles total, OSBI spokeswoman Jessica Brown told CNN, though no one else was hurt.

The Oklahoma Highway Patrol eventually tracked down the suspect further west along I-40 in Clinton, Oklahoma. After a 14-mile chase, the suspect finally stopped his car, surrendered and was taken into custody just before 1 a.m., Peoples said.

The state investigative bureau identified the suspected shooter as Jeremy Doss Hardy, a 36-year-old from Pasadena, Texas. He was arrested on a drunken driving complaint, the OSBI said.