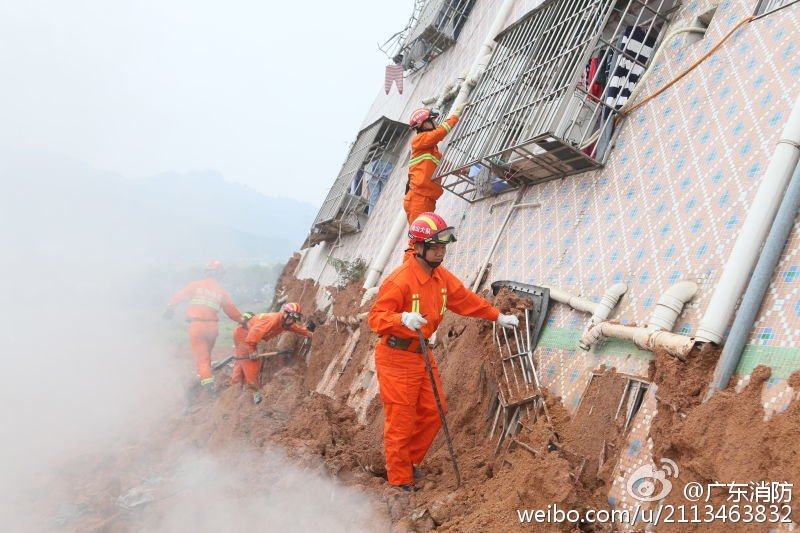 By Karen Smith and Mesrop Najarian

(CNN) — At least 59 people are missing after a landslide damaged 33 buildings in an industrial park in south China on Sunday, according to state news agency Xinhua and Chinese officials.

The Chinese government has ordered immediate rescue efforts following the landslide in the city of Shenzhen, in Guangdong province, Xinhua reported.

At least 13 people were hospitalized, three of them in serious condition, according to Shenzhen’s emergency response office. Of the missing, 36 are male and 23 female, said the office.

Police received a report of the landslide at 11:40 a.m., according to Xinhua, and more than 700 people are searching the debris for signs of life. Eleven firefighting teams along with four drones and 30 search dogs are involved in the effort, said the Guangdong Public Security Bureau. Officials have set up a rescue command center and three treatment shelters onsite.

Rescuers have brought eight people to safety, one of them with minor injuries, said Xinhua.