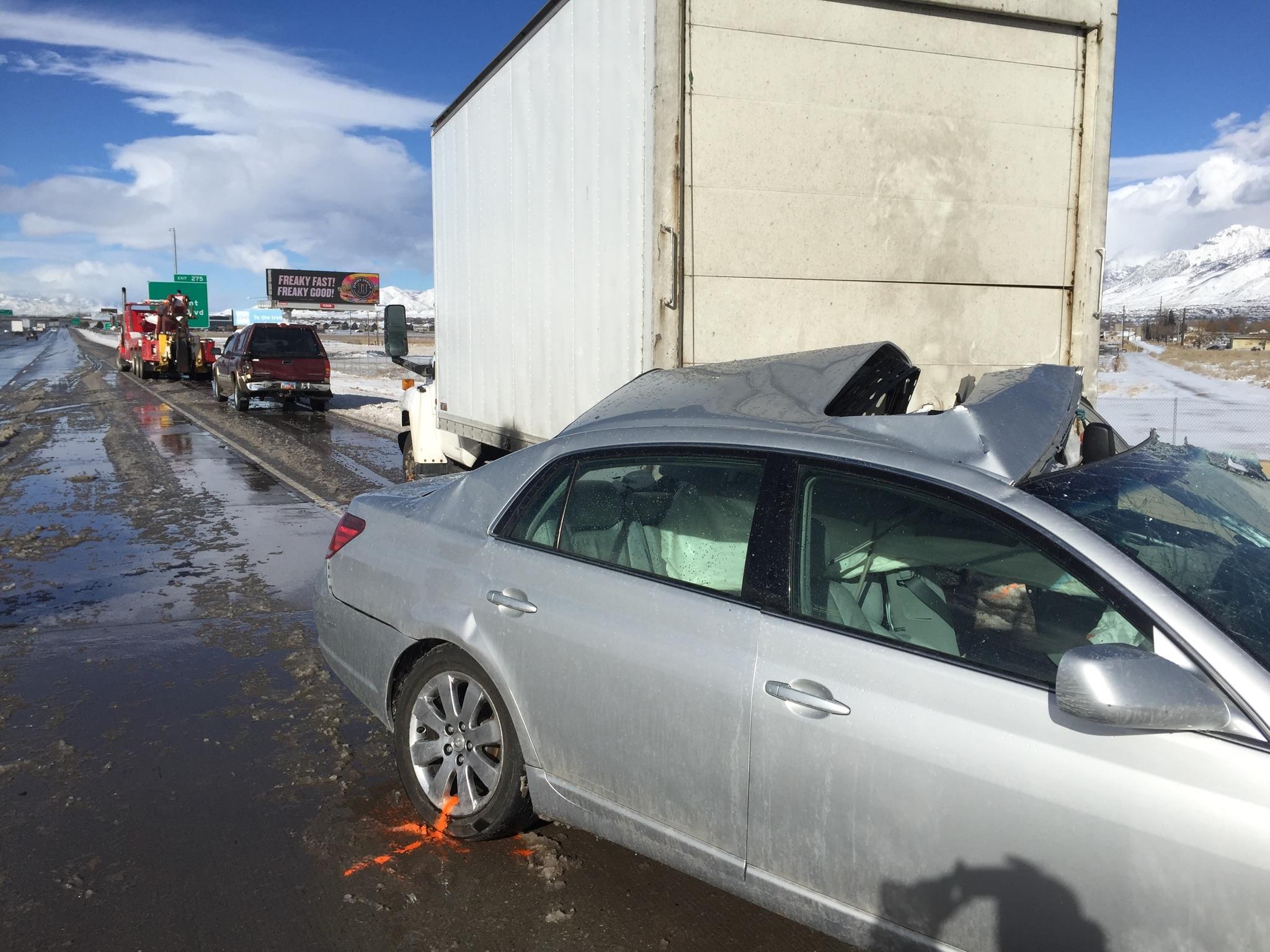 LINDON, Utah — A woman was flown to a hospital in critical condition after a three-vehicle crash on I-15 in Lindon Wednesday morning, and lanes of northbound I-15 were closed for some time in the area as crews investigated the crash.

According to the Utah Highway Patrol, the crash occurred at 10:49 a.m. on northbound I-15 near mile post 273 in the Lindon area.

The driver of a silver Toyota traveling northbound lost control and crashed into the back of a pickup truck that was moving at a slower speed. After the initial contact, the silver car continued forward and struck the back of a semi-box truck.

The driver of the Toyota, a 24-year-old woman from Orem, was flown to a hospital in critical condition with head injuries. There were no other injuries reported in connection with the crash.