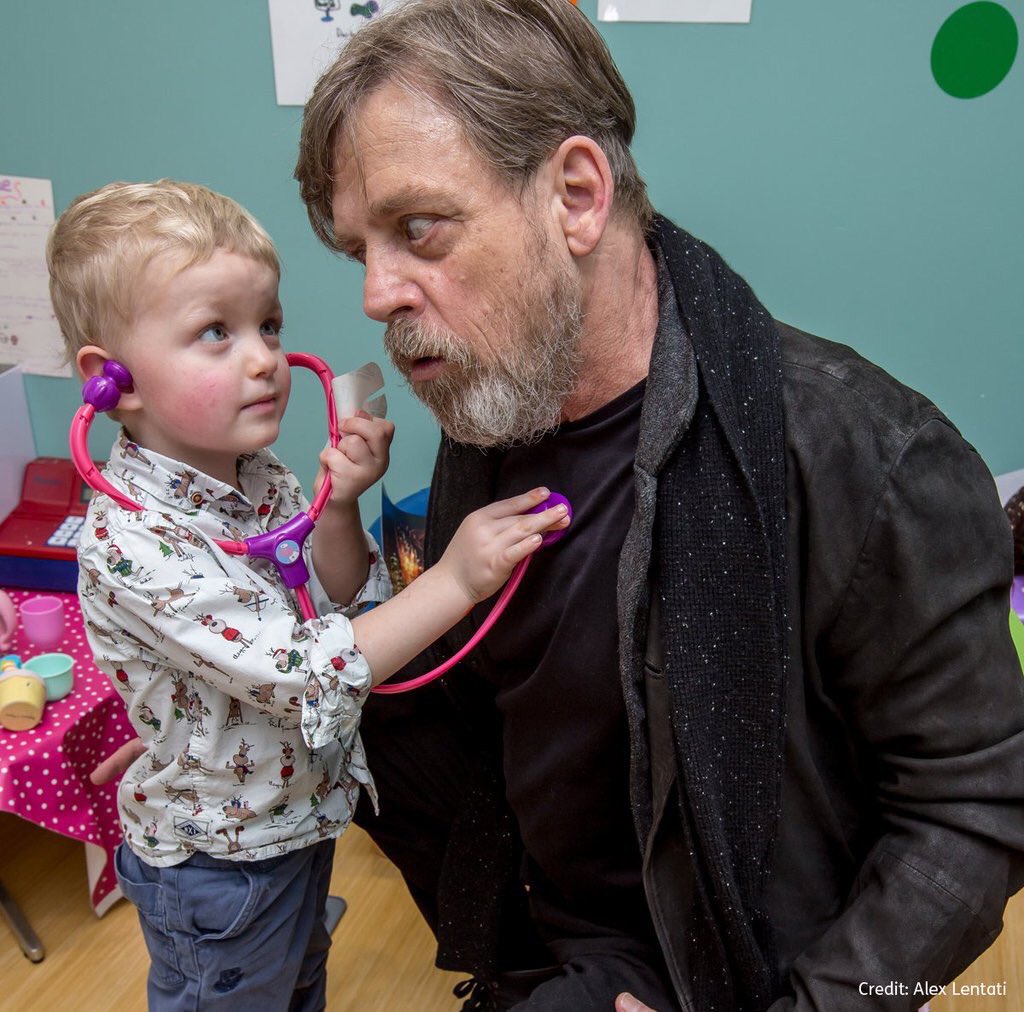 The actor, who portrays Luke Skywalker in the films, posted an image from the visit to his Twitter account.

It shows a young boy he identifies as “Oscar” listening to his heart with a toy stethoscope.

“Thanks for the check-up, Oscar,” Hamill wrote.

At the time, the other cast members of the new “Star Wars” flick were taping an appearance on “The Graham Norton Show,” Hamill told The Independent newspaper.

“Star Wars movies are meant to be a couple of hours of diversion from reality, and we need that,” the newspaper quoted him as saying. “They are optimistic and hopeful stories.”

But, he said, such things are “very trivial,” compared with bringing comfort to ailing kids.

The hospital’s staff thanked Hamill in a tweet: “Thanks so much for coming to visit our patients Mark – everyone absolutely loved it :)”

As could be expected, Hamill’s fans also adored the move.

“This made my eyes water this honestly is so sweet,” one Twitter user said.

The visit wasn’t Hamill’s only charitable effort in what has been a fairly busy month for the actor, what with the premiere of “The Force Awakens” and promotion in support of the box office record-shattering film.

Earlier this month, Hamill donned a stormtrooper uniform to scare up interest in the Omaze charity fundraising effort, which was giving away a trip to the premiere of “The Force Awakens.”

His best line? “Do you have any power converters?”