Two injured in rollover crash; 1 lane of I-80 closed near Saltair 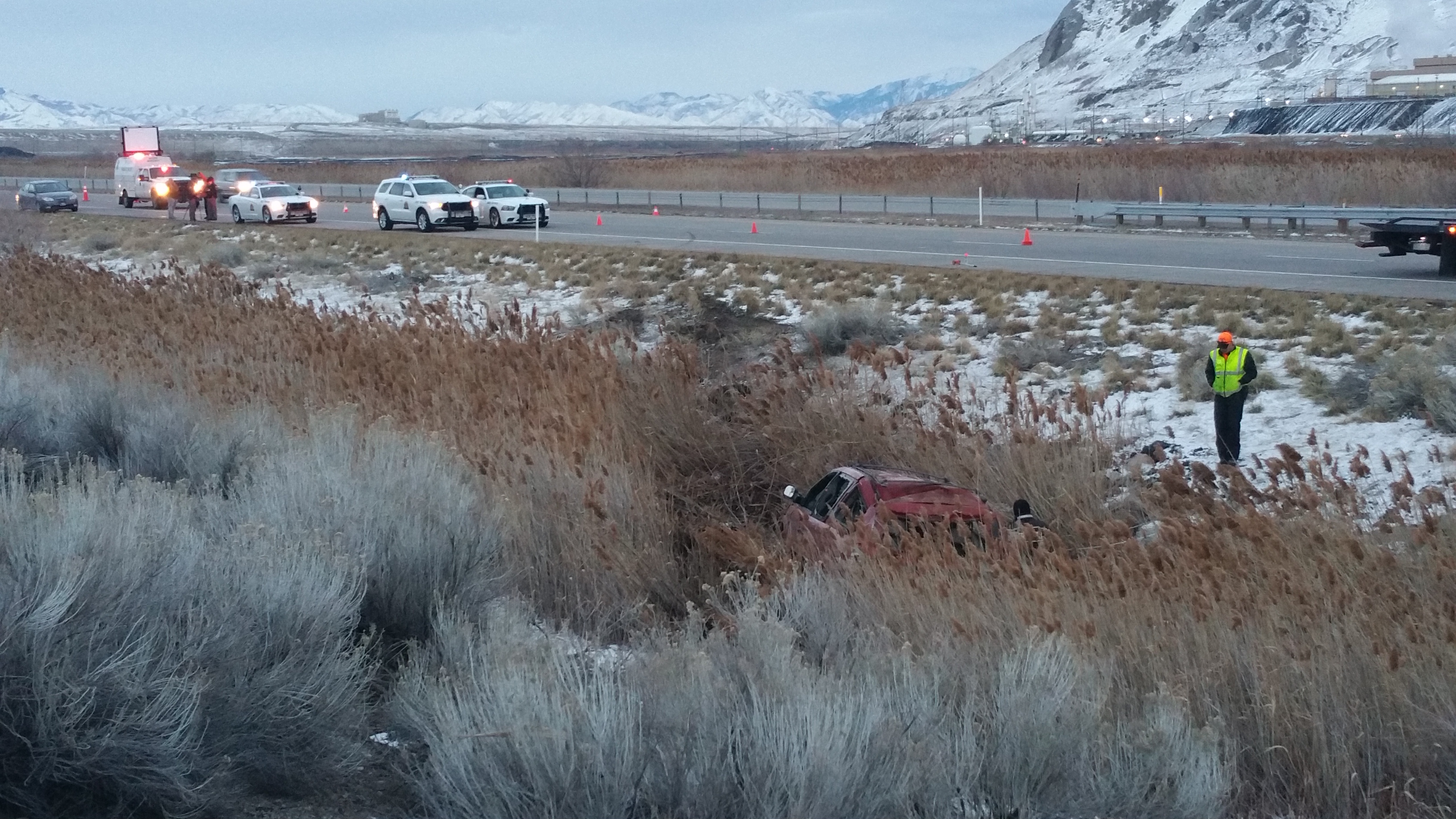 UHP personnel at the scene said a grandfather and grandmother had picked up a child at the airport and were traveling back along I-80 when the rollover crash occurred. FOX 13 News first heard reports of the crash shortly after 4 p.m.

The child and the grandmother suffered injuries described as being severe to moderate.

According to the Utah Department of Transportation, the crash occurred on westbound I-80 near mile post 103 near Saltair and the Marina. The right lane of westbound I-80 is blocked in the area.