High-rise hotel in Dubai engulfed in flames, no word on cause

DUBAI – A fire broke out Thursday night at the high-end Address hotel in downtown Dubai, the government of the United Arab Emirates’ most populous city said.

Video showed flames shooting out of many floors of the high-rise hotel’s midsection.

The hotel evacuation is complete and 65٪ of fire is under control – #Dubai civil defense spoksman #DubaiFireworks pic.twitter.com/BLHGFu1Tjx

NOW: Witnesses at 63 story #Dubai highrise hotel fire say it's "getting out of hand…." No reports of casualties. pic.twitter.com/QFS7nG1rOZ

Authorities were at the scene, working on the incident, the government said.

The Address hotel describes itself as “the premier five-star hotel” in Dubai. 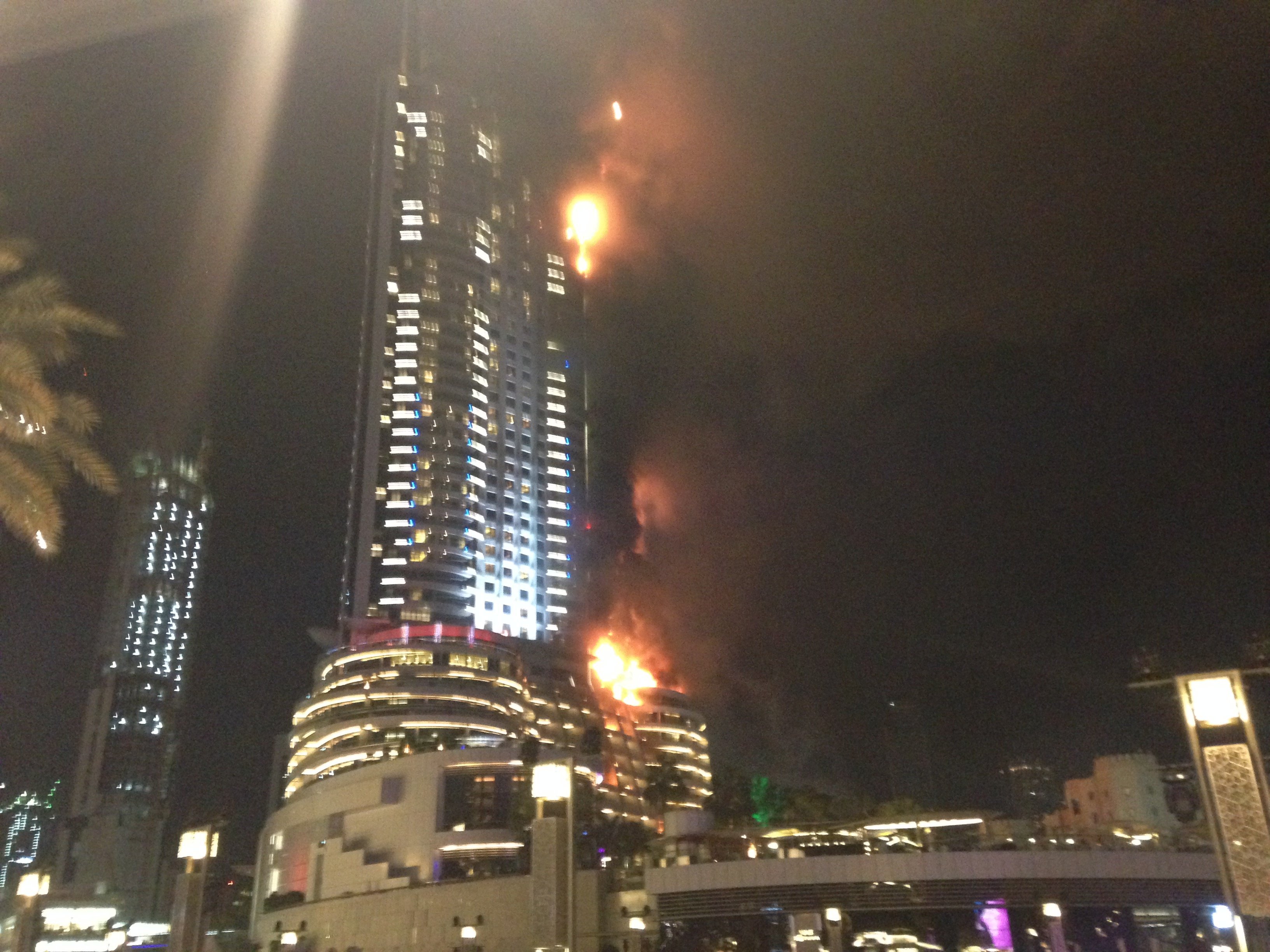 Maha Abouelnebin, who lives in Dubai, told CNN she was with her family having dinner in the hotel at 9:30 p.m. She saw what appeared to be a low flame and thought maybe someone was cooking something.

Then she said she realized, “Oh my God … that’s a fire. … We decided we needed to get out of there.”

She said that staff were very efficient is moving people out of the hotel. “They got us out calmly…quickly. We were impressed with how easy we got out of there.”

Information on whether anyone was injured wasn’t immediately clear.

Find it hard to believe claim by Dubai official that there were no injuries in a fire of this scale pic.twitter.com/YKwU4MllrO