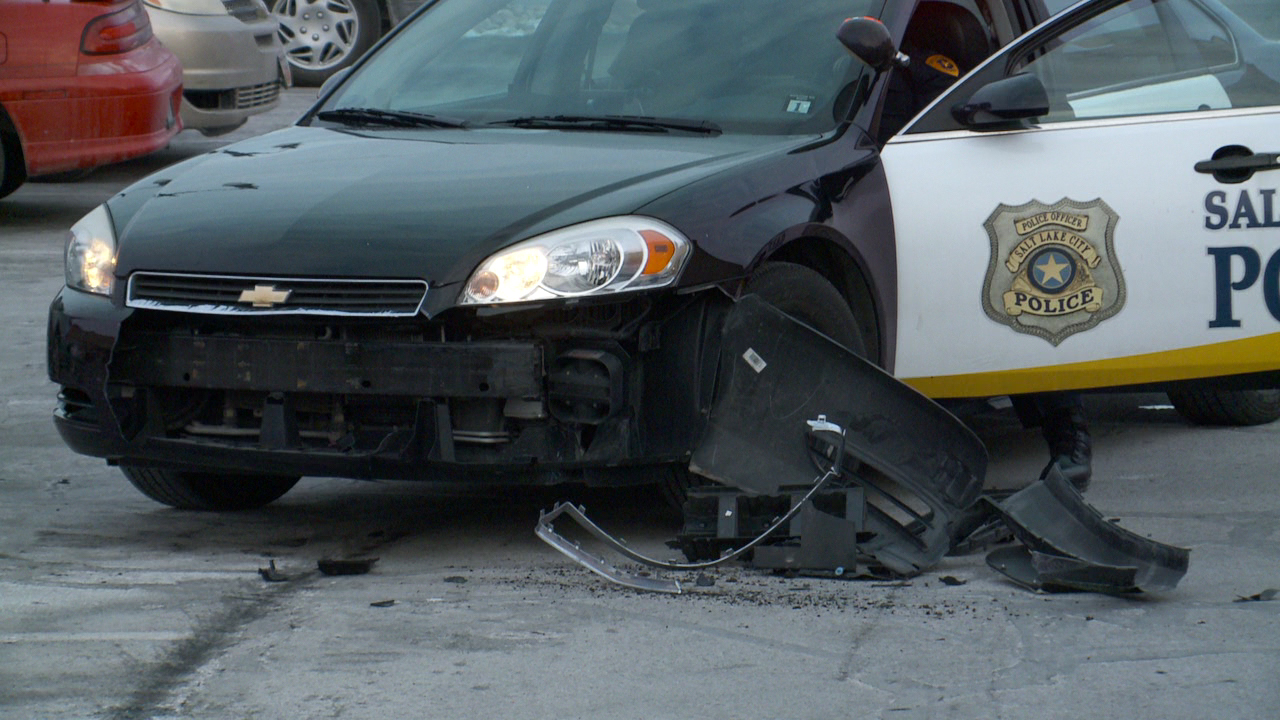 SALT LAKE CITY — A police officer responding to a call about an alleged forgery suffered minor injuries when a pair of suspects backed up as the officer tried to make contact with them, and the officer was hit in the arm and his patrol vehicle suffered significant damage.

A Salt Lake City Police Department Lieutenant at the scene said the officer responded to a report of a forgery in progress at a CheckSmart located near 1842 South 300 West in Salt Lake City. FOX 13 News first heard reports of the incident just before 4 p.m.

The lieutenant said as the officer attempted to make contact with the suspects in their vehicle, things escalated.

“At one point, the driver’s door was opened and the officer attempted to contact the suspect, at which point the suspect backed up aggressively with his vehicle, struck the officer in the left arm with the driver side door,” police said. “And the suspect vehicle also impacted the police car, causing significant damage.”

Authorities said the officer who was struck was checked out at a hospital for minor injuries, but he is expected to be OK.

“This could have been a lot worse, and we’re very glad the officer was not seriously injured,” police said.

The suspects fled the scene, and a short chase ensued. That chase was terminated though, due to concerns about traffic, high speeds and other potential hazards.

Police believe there were two suspects in the vehicle, but do not have descriptions of them at this time.

“At this point we’re looking for a white Subaru Outback with significant damage to the passenger side door,” police said of the suspect vehicle.