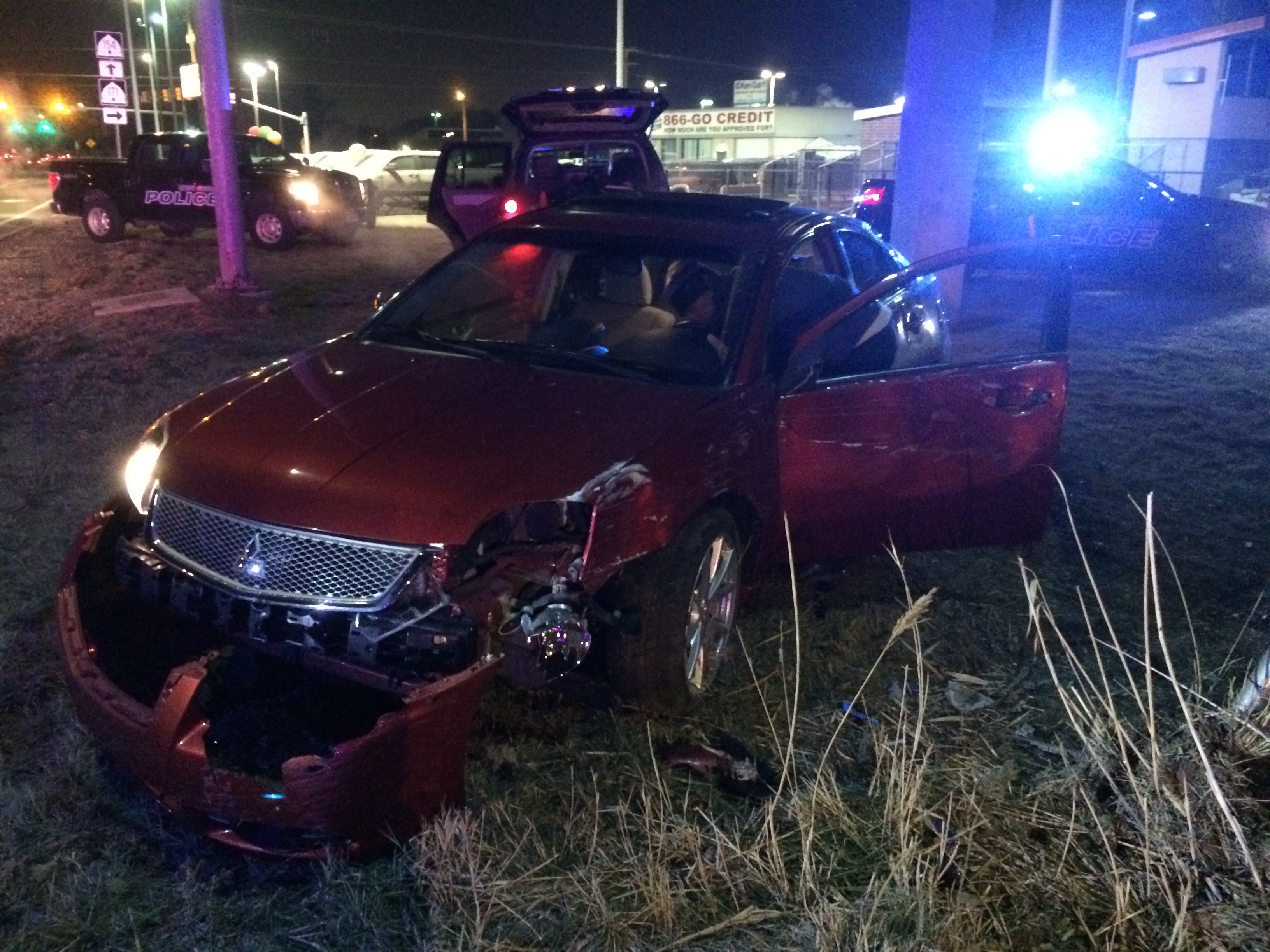 WEST VALLEY CITY, Utah – A police chase ended in a crash and two arrests in West Valley City after officers tried to pull over a car in West Jordan overnight.

Officers said they saw a maroon Mitsubishi that appeared “suspicious” and when they tried to stop it, the driver pulled into a home’s driveway, claiming to know the people living there.

However, when officers talked to the homeowner, he said he didn’t know the driver.

The driver didn’t know officers had placed spike strips behind his tires and he took off, ramming a police car multiple times in the process.

Officers said the chase reached speeds of over 80 miles per hour and it didn’t take long before the suspect’s tires blew out.

The driver crashed into a fence near Granger High School and ran.

Authorities caught up to the driver, who had previous warrants out for his arrest, by the back door of the school.

Police said a woman was also in the car but not part of the chase; she was arrested on outstanding warrants.

Officers said they found drugs and stolen property in the car.