Utah latest stop in the adventures of ‘Ziggy the Traveling Piggy’

SALT LAKE CITY -- He’s a budding Internet star. A single YouTube video netted over 500,000 views, and his Facebook page has more than 10,000 fans. Right now, Ziggy the traveling Piggy is making a stop in Utah.

Ziggy’s story started in Jacksonville, Florida. A breeder marketed him as a "teacup" pig, promising Kristin Hartniss (Ziggy’s “Mom”) he would never grow over 20 pounds.

Two hundred-fifty pounds later, Ziggy was one happy hog living on the beach on the island of Saint Thomas in the U.S. Virgin Islands.

A five-pound piglet when he moved to the Caribbean, getting Ziggy home later proved a problem, requiring a private charter flight.

“We looked into everything, on a cruise ship, barges, private boats, we looked into commercial airlines, and we couldn’t get him home and that was the only way," Hartniss said. "So, you can’t leave your kid on an island by yourself."

The flight started an adventure that has yet to end, and, this year, is making a stop in Utah. Ziggy, Jay and Kristin travel around the U.S. in a motor home, stopping for a few days, weeks or months at a time to work and make enough money to move on to the next adventure.

With a big love for hiking, Ziggy has already been to the Great Smoky Mountains and Yellowstone.

At just five years old, Ziggy has a lot of life in front of him (Kristin says he’s life expectancy is about 20 years). But not all of his years will be spent on the road. His stop in Herriman is training for a different kind of future.

“Whenever we eventually do decide to stop traveling, we want to settle down and open up an animal sanctuary, so that’s what we’re doing here, we’re getting experience,” Hartniss said.

Settling down could still be years away. For now, the plan is simple. Load up the motor home in the spring and get Ziggy out on more adventures. 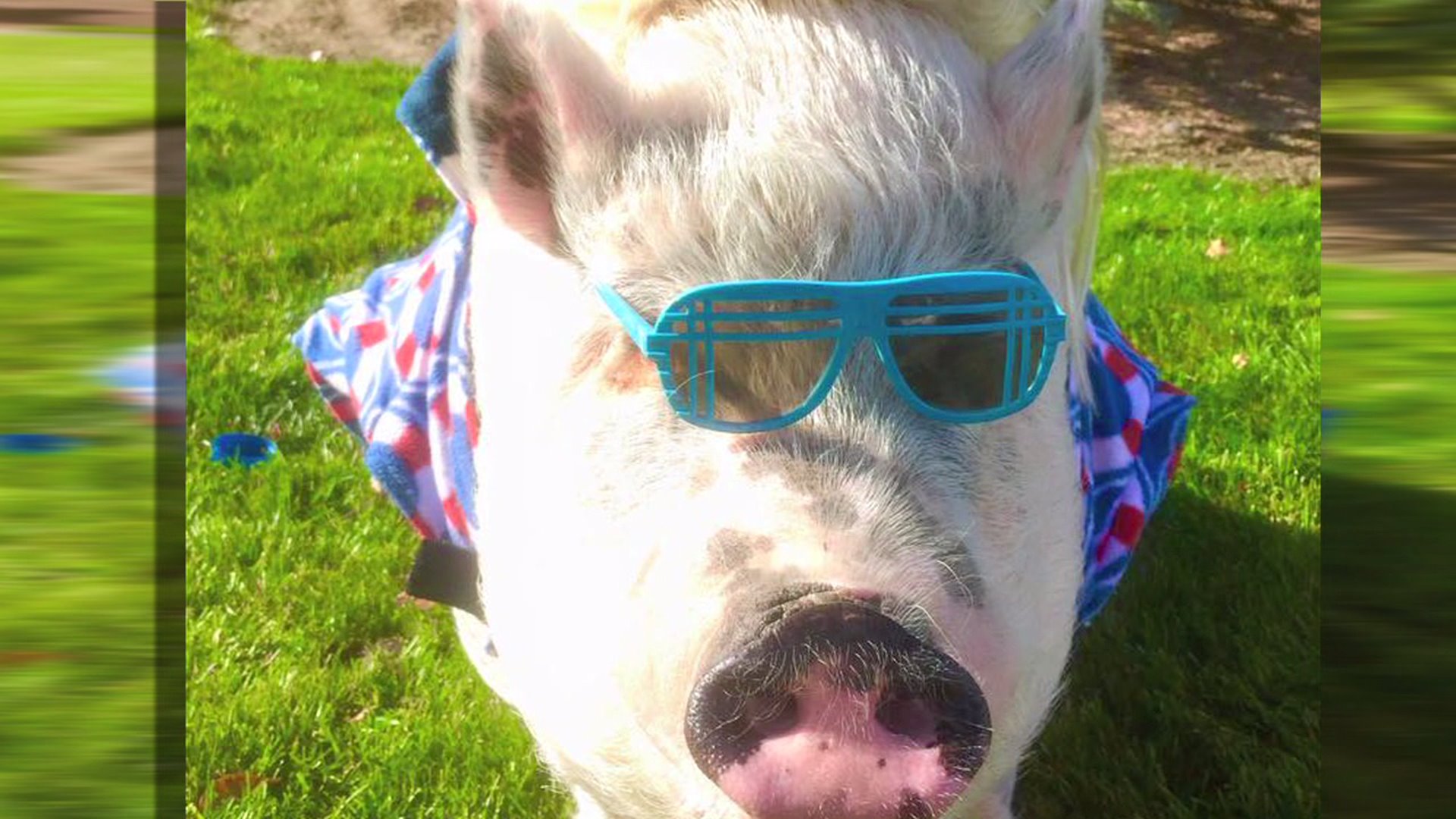