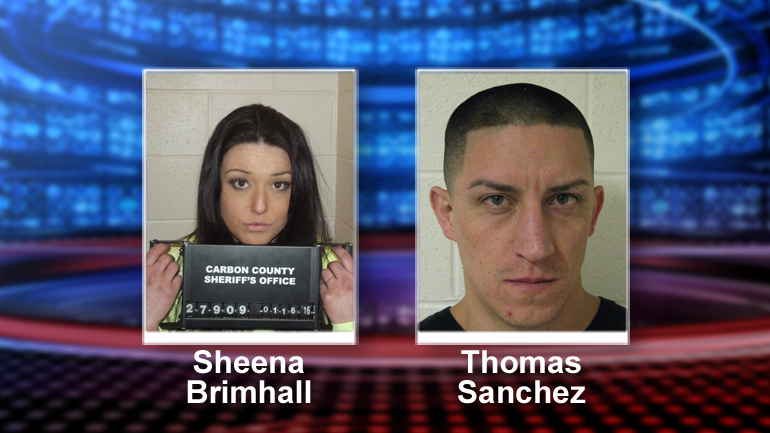 PRICE, Utah — Two people were booked into jail Saturday morning on numerous charges after officers searched a home in Price that investigators described as an “illegal drug den” where various violent criminal acts have occurred.

According to a press release from the Price City Police Department, the Carbon Metro Drug Task Force has been investigating for several months ahead of the search and seizure at 390 North 100 East in Price.

Officers from Price City, Helper City and the Carbon County Sheriff’s Office served a warrant on the residence at 4:30 a.m. Saturday, with SWAT personnel forming the initial entry team.

Investigators found various items of drug paraphernalia along with “personal amounts” of illegal drugs throughout the building, “including items in close proximity and actually under children’s toys.”

A little less than $15,000 in cash was seized, and six firearms, some of which were loaded, were located around the home along with corresponding ammunition stashes. Police also located written records detailing alleged transactions.

A larger amount of drugs were located in a separate, hidden location. The stash contained a “substantial load of illegal narcotics for alleged distribution” and included methamphetamine, marijuana, heroin, psychotropic mushrooms, anabolic steroids and other drugs, according to Price City police.

Sanchez was booked into the Carbon County Jail and will face felony charges relating to drugs and weapons. Police state the man has two prior arrests.

Brimhall was booked on drug charges and for a misdemeanor traffic warrant out of the Carbon County Justice Court.