Plane carrying Americans in Iran prisoner swap has taken off 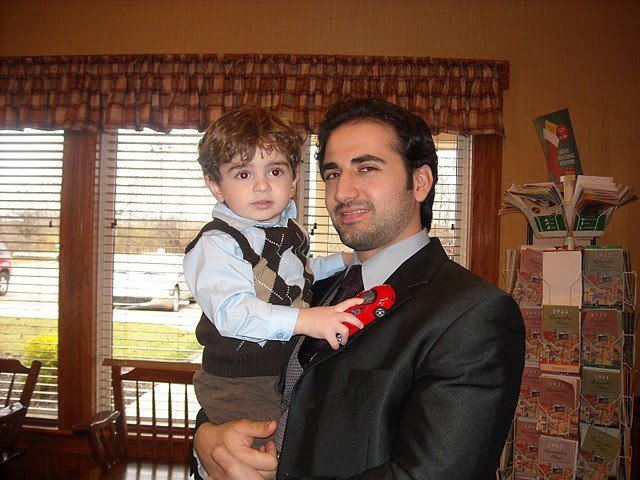 (CNN) — A plane carrying at least three of the four Americans freed by Iran as part of a prisoner swap has taken off, three of the men’s families said in Sunday statements.

White House officials said earlier Sunday that recently detained student Matthew Trevithick, who was released — but not as part of the prisoner swap — had left Iran. There were no additional details.

The situation of the fifth prisoner, identified by U.S. officials as Nosratollah Khosravi-Roodsari, was not immediately known. A statement from a senior White House official did not name specific prisoners and provided only sparse details.

“We can confirm that our detained U.S. citizens have been released and that those who wished to depart Iran have left. We have no further information to share at this time and would ask everyone respect the privacy of these individuals and their families,” the official told CNN.

The publisher of The Washington Post confirmed its journalist, Jason Rezaian, was released in the prisoner swap and had left the country with his wife.

“We look forward to the joyous occasion of welcoming him back to the Washington Post newsroom,” publisher Frederick Ryan Jr. said in a statement.

The families of Marine veteran Amir Hekmati and Christian pastor Saeed Abedin also confirmed to CNN that their loved ones had left Iran.

The five Americans had been detained in separate cases, some as early as 2011.

Earlier Sunday, seven Iranian men walked free from detention in the United States after being pardoned and released, a lawyer for one of the men said.

Bahram Mechanich and Tooraj Faridi, both of Houston, and Khosrow Afghahi, of Los Angeles, were released, along with four other Iranians held in other parts of the U.S., Mechanich’s attorney Joel Androphy said.

They had all been indicted or imprisoned for sanctions violations, and six of the seven are dual citizens.

The prisoner swap comes a day after international inspectors concluded Tehran was in compliance with the deal governing its nuclear program. Iranian officials and U.S. administration officials confirmed the news Saturday. As a result, some international economic sanctions against Iran were lifted.

The deal comes after more than a year of secret negotiations, the officials said. The nuclear agreement “accelerated” the prisoner swap, U.S. Secretary of State John Kerry said.

Two congressmen were headed to Germany on Sunday to greet Rezaian and Hekmati.

“I am thrilled and relieved that Jason and these other Americans are no longer in prison,” said Jared Huffman, who represents Rezaian and has been involved in his case.

Huffman said the freed prisoners are expected to be transported to a U.S. military hospital in Germany for medical evaluation. They won’t be on U.S. soil for a few days, he said.

The agreement also calls for Iranian officials to “continue cooperating with the United States to determine the whereabouts of Robert Levinson,” a U.S. official said. Levinson, a former FBI agent and CIA contractor, went missing in Iran in 2007.

Iran has denied holding him.

“We are happy for the other families,” Levinson’s family said in a statement. “But once again, Bob Levinson has been left behind. We are devastated.”

Trevithick’s release was not part of the prisoner swap, but U.S. officials did “indicate to Foreign Minister (Javad) Zarif that it’d be important for them to try to resolve some of the other cases of Americans detained in the context of this ‘deal,'” a senior administration official told CNN.

In return, the U.S. is pardoning or commuting the sentences of an Iranian and six dual citizens.

The men had been involved in exporting products and services to Iran in violation of trade sanctions against the country. They were accused of exporting goods ranging from electronic components and satellite services to marine navigation and military equipment to Iran.

U.S. federal officials said they will not comment on the names of anyone who is part of the agreement until after the four Americans are in U.S. custody.

However, the attorney for Bahram Mechanich, one of the seven, told CNN his client was pardoned along with two others — Tooraj Faridi and Khosro Afghahi.

A source familiar with the case of a fourth man identified him as Ali Saboonchi.