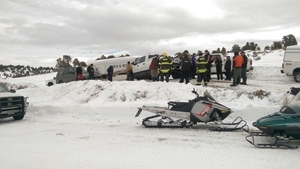 William Ray Hiler, 62, of Tabernash, Colo., was last seen fueling his plane in Provo on Jan. 14. He was the only one seen by witnesses, according to a press release from Rio Blanco County Sheriff’s Office.

The sheriff’s office states they believe no one was Hiler when he left the airport en route to Granby, Colo.

Officials say Hiler’s Bonanza 35 single-engine aircraft went down Jan. 14 at about 6 p.m., 15 miles west of Meeker. He was found dead Friday morning near the crash site.

The person who reported the crash told authorities he heard a plane “rev its engines,” saw it bank twice at a high altitude and then he heard an explosion.