Man critically injured in Bangerter crash may have been driving recklessly 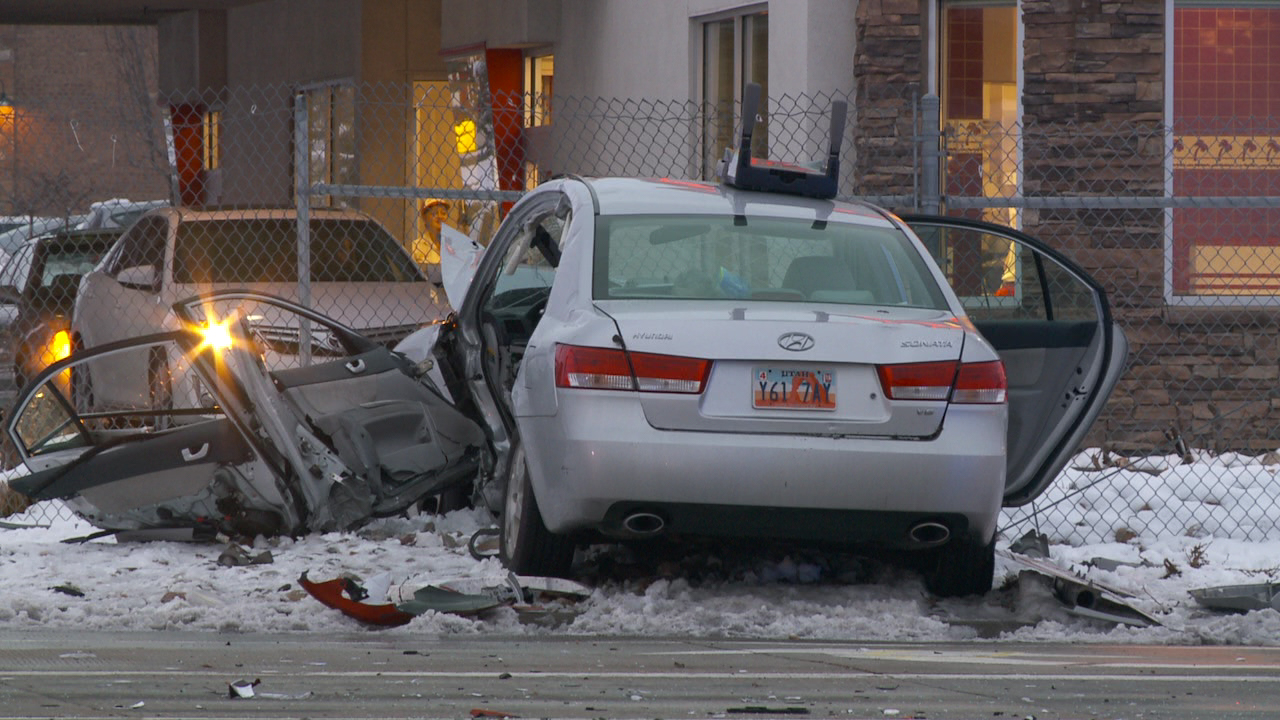 RIVERTON, Utah — Two people were taken to a hospital, one in critical condition, Sunday evening after two cars collided in an intersection on Bangerter Highway, and police said early reports indicate one man may have been driving recklessly before running a red light.

The crash occurred around 5:30 p.m. Sunday at the intersection of 12600 South and Bangerter.

Det. Lance Bess, Unified Police Department, said a passenger vehicle was traveling west on 12600 South and witnesses reported it was driving at reckless speeds. Witnesses report the vehicle ran a red light and collided with a Toyota Scion that was travelling northbound on Bangerter.

Each vehicle had a single occupant inside, Bess said. The driver of vehicle that may have run a red light was taken to a hospital in critical condition, and Bess said he is expected to survive.

The driver of the Scion, a male in his 20s, was transported in fair condition.

The identities of those involved have not yet been released.

Bess said the cause of the crash is under investigation, and they are still interviewing witnesses about what happened.

“Speed was a factor, obviously, we are investigating allegations that the driver of the vehicle behind me was driving recklessly, at a good clip,” he said.