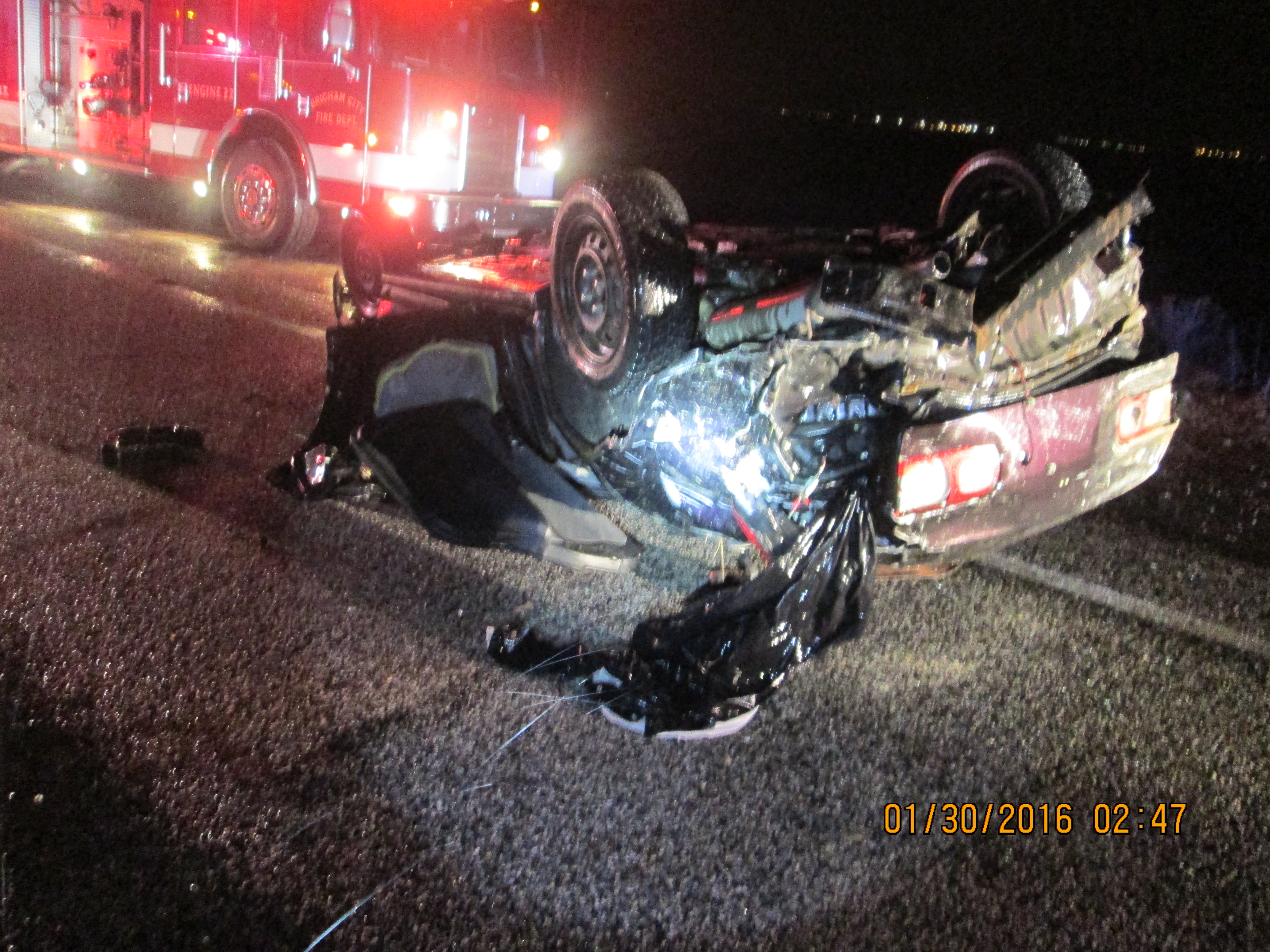 The accident occurred at about 1:25 a.m. north of Brigham City. John Eggleston, 23, was traveling north on State Route 38 near mile marker 2 when he ran off the road to the right and up the embankment, according to Utah Highway Patrol.

Eggleston’s vehicle rolled back down the embankment and the 23-year-old was ejected.

Officials report Eggleston, the sole occupant of the vehicle, was not wearing a seat belt.

The Honeyville man was taken to an area hospital where he later died from his injuries.

Authorities are investigating speed and impairment as contributing factors to the cause of the crash.