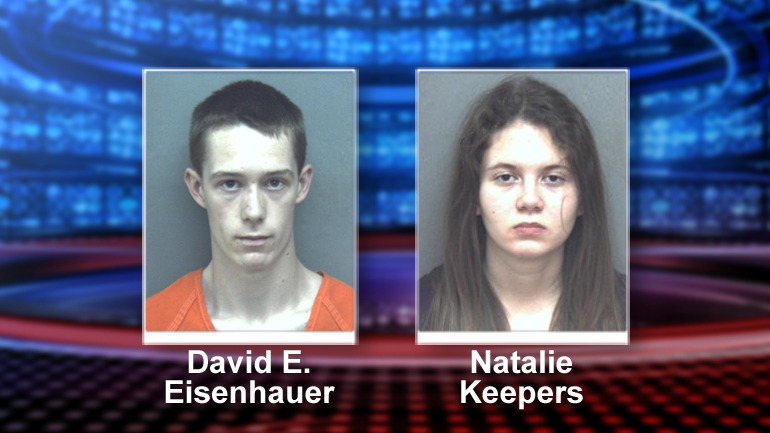 (CNN) — A second Virginia Tech student has been charged in the death of a 13-year-old girl whose remains were found in North Carolina, authorities said Sunday.

Natalie M. Keepers, 19, of Laurel, Maryland, was charged Sunday with one felony count of improper disposal of a dead body and one misdemeanor count of accessory after the fact in the commission of a felony, according to the police in Blacksburg, Virginia. Police said Keeper was a Virginia Tech student.

Another Virginia Tech student — David E. Eisenhauer, 18, of Columbia, Maryland — was charged Saturday with murder and felony abduction in the death of Nicole Madison Lovell of Blacksburg, where Virginia Tech is located.

“Based on the evidence collected to date, investigators have determined that Eisenhauer and Nicole were acquainted prior to her disappearance,” police said in a Sunday statement. “Eisenhauer used this relationship to his advantage to abduct the 13-year-old and then kill her. Keepers helped Eisenhauer dispose of Nicole’s body.”

Lovell was last seen between 7 p.m. and midnight Wednesday at her home in Blacksburg, police said.

The family found a dresser pushed against her bedroom door and said the middle-school student probably climbed out the apartment window, according to The Roanoke Times.

The family was worried because Lovell required daily prescription medication for a liver transplant and didn’t carry the medicine with her, police said.

The search ended Saturday afternoon when her body was found about 100 miles away from home, Blacksburg Police Chief Anthony Wilson said.

“We were able to determine an approximate area where she might be found,” he said. “Virginia State Police were dispatched to the general area Saturday afternoon, and she was located just inside the North Carolina border on Route 89 in Surry County.”

Police said they arrested Eisenhauer based on tips and leads obtained from social media. Both he and Keepers are being held without bond in the Montgomery County, Virginia, Jail.

“The speed at which this investigation has moved today has been nothing less than incredible,” Wilson said Saturday. “We owe that to the outpouring of support and tips from the Blacksburg, Christansburg and Montgomery County communities.”

Eisenhauer is a freshman engineering major and has been a member of the Virginia Tech cross country team, the Roanoke paper reported. The university said he’s been suspended.

Police didn’t give a motive or say how Lovell died.

CNN is attempting to find out if Eisenhauer has retained an attorney.

“We still have a great deal to do,” Wilson said.

Lovell’s disappearance had gripped the picturesque university town of about 40,000 people.

“I’m scared to death,” her father, David Lovell, told CNN affiliate WDBJ-TV before she was found.

Police, the family and members of the Virginia Tech Corps of Cadets searched for the girl, according to a statement from the school. Wilson said Lovell’s body will be returned for an autopsy, and authorities will work to reconstruct a timeline leading up to her death.

The university said it is reaching out to those affected by the tragedy.

“As a father, as well as Virginia Tech’s president, I want to reassure you that our community is supportive and resilient,” Virginia Tech President Tim Sands said in an open letter. “Lean on that support and the resources available to you. It is normal to feel anxious and overwhelmed at a time such as this. You are not alone.”

The police chief said the Blacksburg community is reeling from the girl’s death.

“We have some very wounded folks in this community and please show them some respect,” Wilson said. “We will continue to be very transparent with you during this investigation, but please remember these are the kinds of crimes that rip communities apart.”

CNN’s Joshua Berlinger and Carma Hassan contributed to this report.