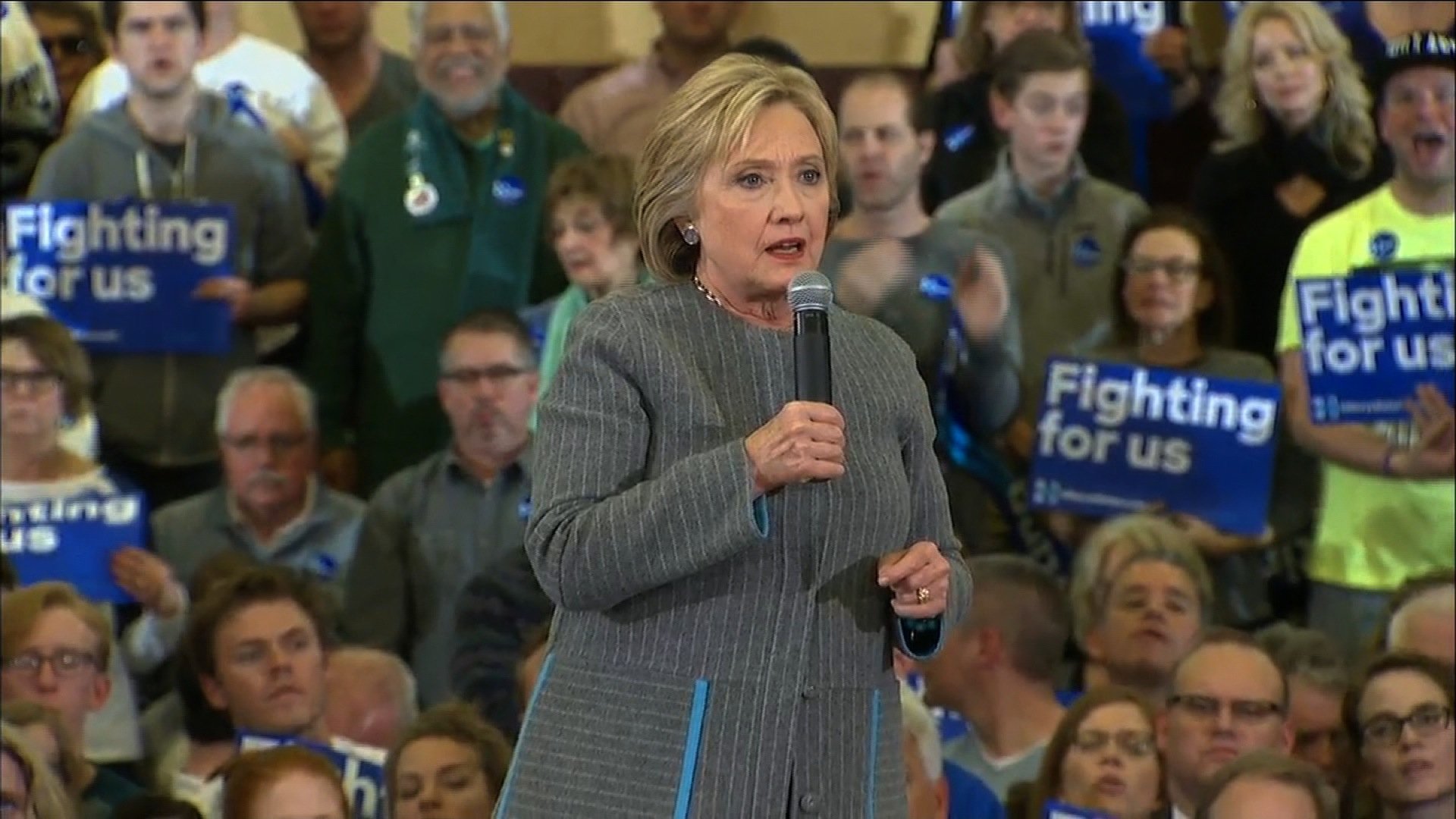 (CNN) — The first results of the 2016 campaign stretched into a night of drama as early vote counts showed tight races on both sides.

Donald Trump is battling to keep pace with Ted Cruz while Marco Rubio delivered a strong showing in third place in the Republican race. Democrat Hillary Clinton, meanwhile, is holding the narrowest of leads over insurgent candidate Bernie Sanders.

The race is “uncomfortably close,” according to a top Clinton ally in Iowa.

On the Democratic side, former Maryland Gov. Martin O’Malley plans to suspend his campaign, sources with his campaign told CNN, after not registering in the results.

Trump went into Monday night with polls suggesting that he stood on the verge of a potentially stunning victory that would shake that Republican Party establishment. But Iowa caucuses are notoriously hard to predict and Cruz is banking on a strong turnout from evangelical voters to build a classic Iowa winning coalition. Rubio, meanwhile, is aiming for a late surge that could defy expectations and offer the Florida senator momentum heading into next week’s New Hampshire primary.

Several candidates visited caucus sites on Monday evening. Trump mingled with voters at one West Des Moines location with his wife, Melania, and did some last minute campaigning.

Long-shot candidate Carly Fiorina appeared at the back of the room at the same caucus site and waved to those inside. Cruz was also expected to head to a caucus location.

Several hundred thousand Iowans in 1,681 precincts are expected to venture out with scattered snow showers in the forecast to exercise their cherished right to cast the first votes in the race that will determine the 45th President of the United States.

The Iowa caucuses have huge symbolic power, and while they don’t always predict who will be sworn in as the next president, they can offer a crucial boost to candidates who do well. They also spell doom for those who barely register and then do badly in the New Hampshire primary.

If Trump emerges on top in Iowa, Cruz said he would “happily congratulate him.”

Even before the caucuses began, Carson’s campaign said he wouldn’t go directly to New Hampshire or South Carolina — the site of the next primary contests. Instead, the retired neurosurgeon, who was briefly the Iowa front-runner last fall, will go to Florida to rest and see family.

Earlier on Monday, he told CNN’s Wolf Blitzer insisted he could still post a strong finish.

“The people who support me are extremely enthusiastic,” the retired pediatric neurosurgeon said.

Democrats are also bracing for a nervous night.

Clinton expressed confidence about her prospects earlier Monday and reiterated her argument that Sanders won’t be able to deliver on some of his ambitions policy proposals.

“I am a progressive who wants to make progress and actually produce real results in people’s lives. That’s what I’m offering,” she said on CNN’s “New Day.” “I’m not overpromising.”

The former secretary of state, and her husband, former President Bill Clinton, eased their nerves ahead of the caucuses with a walk around Gray’s Lake in Des Moines, leaving staffers behind.

On the eve of the caucuses, the race to win Iowa turned more sharply combative as candidates desperate for an edge dashed through a frenzied final day of campaigning.

Trump branded Cruz a “liar” and made a play for the Texas senator’s evangelical power base. Cruz questioned Trump’s conservative authenticity on abortion and religious liberty and appeared alongside Duck Dynasty’s Phil Robertson, who branded same-sex marriage “wicked” and “evil.”

Sanders complained that he could not keep up with distortions of his record made by the Clinton camp. And a former aide to President Barack Obama took to Twitter to accuse the Vermont senator of repudiating their old boss’ record.

Clinton is positioning herself as the most qualified commander in chief and the best person to save Obama’s legacy. But Sanders is vowing to stage a “revolution” that will overturn a corrupt political structure bankrolled by a busted campaign finance system that he says is soft on Wall Street and favors the wealthy.

A win for Clinton would give her leeway to weather what could be a loss in New Hampshire next week and allow her to pivot to South Carolina, where minority voters could provide a firewall against a Sanders surge.

Cruz is under intense pressure to deliver a victory on Monday night since Iowa is a state perhaps most receptive to his appeal to the most ideological conservatives and evangelicals. A defeat would cast doubt on his wider appeal in the delegate-rich Southern states he hopes could pave the way to the nomination.

Cruz is also drawing fire from his other flank, as Rubio seeks at least a third-place finish to make the case that he is a stronger alternative to Cruz and Trump than ex-Florida Gov. Jeb Bush, New Jersey Gov. Chris Christie and Ohio Gov. John Kasich.

“This whole notion Ted has that he’s the only conservative, I think as people learn more about his record, they’ll realize what he really (is) is very calculating,” Rubio told CNN’s “State of the Union” on Sunday.