Bingham High School, West Jordan High School and Copper Hills High School each received a letter and were awarded a golden football because they each have a former student who played in the NFL and went on to compete in a Super Bowl game.

A news release from the school district provided the following details on each school’s NFL alumni:

West Jordan High – Graduate and former Jaguar football player, Travis Hall (coached by Rick Bojak) was drafted by the Atlanta Falcons and played in the Super Bowl in 1999.

Copper Hills High – Graduate and former Grizzly football player, Sealver Siliga was drafted by the New England Patriots and helped lead the team to a 2015 Super Bowl win against the Seattle Seahawks. 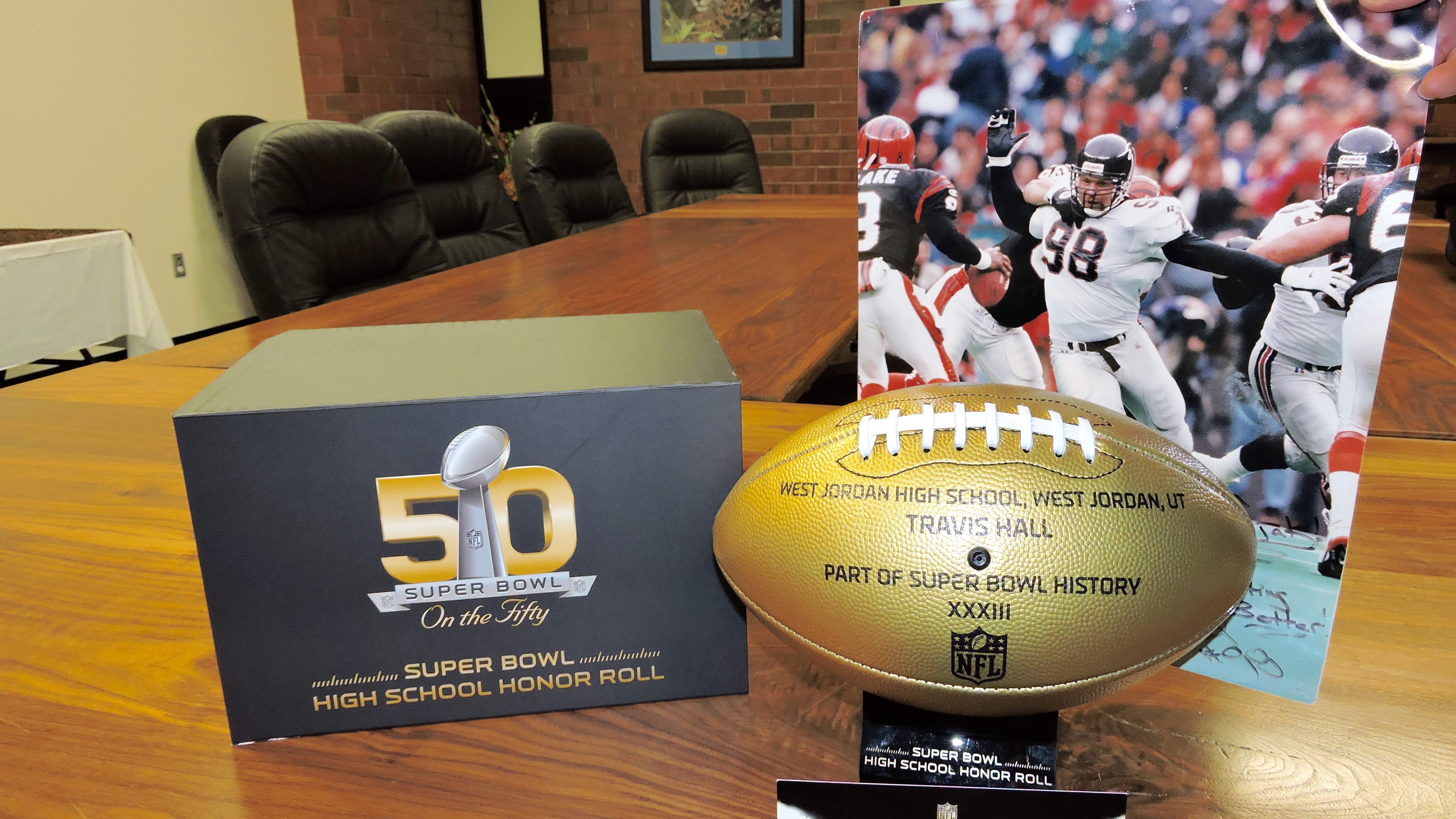