WEST VALLEY CITY, Utah - Police have a wanted man in custody after he ran from officers in a car that literally fell apart.

Authorities said an officer was checking a suspicious vehicle, which turned out to be stolen, and recognized the driver as a man who had several warrants out for his arrest.

Police used spikes less than a quarter-mile into the chase on 2200 S.

According to West Valley officer, the suspect drove almost nine miles on flat tires, rims and then finally the car frame.

The chase came to an end at 8660 S, and 2200 W. near an elementary school where the suspect surrendered.

Authorities said the suspect will face charges for failing to obey an officer, driving a stolen car and several outstanding warrants. 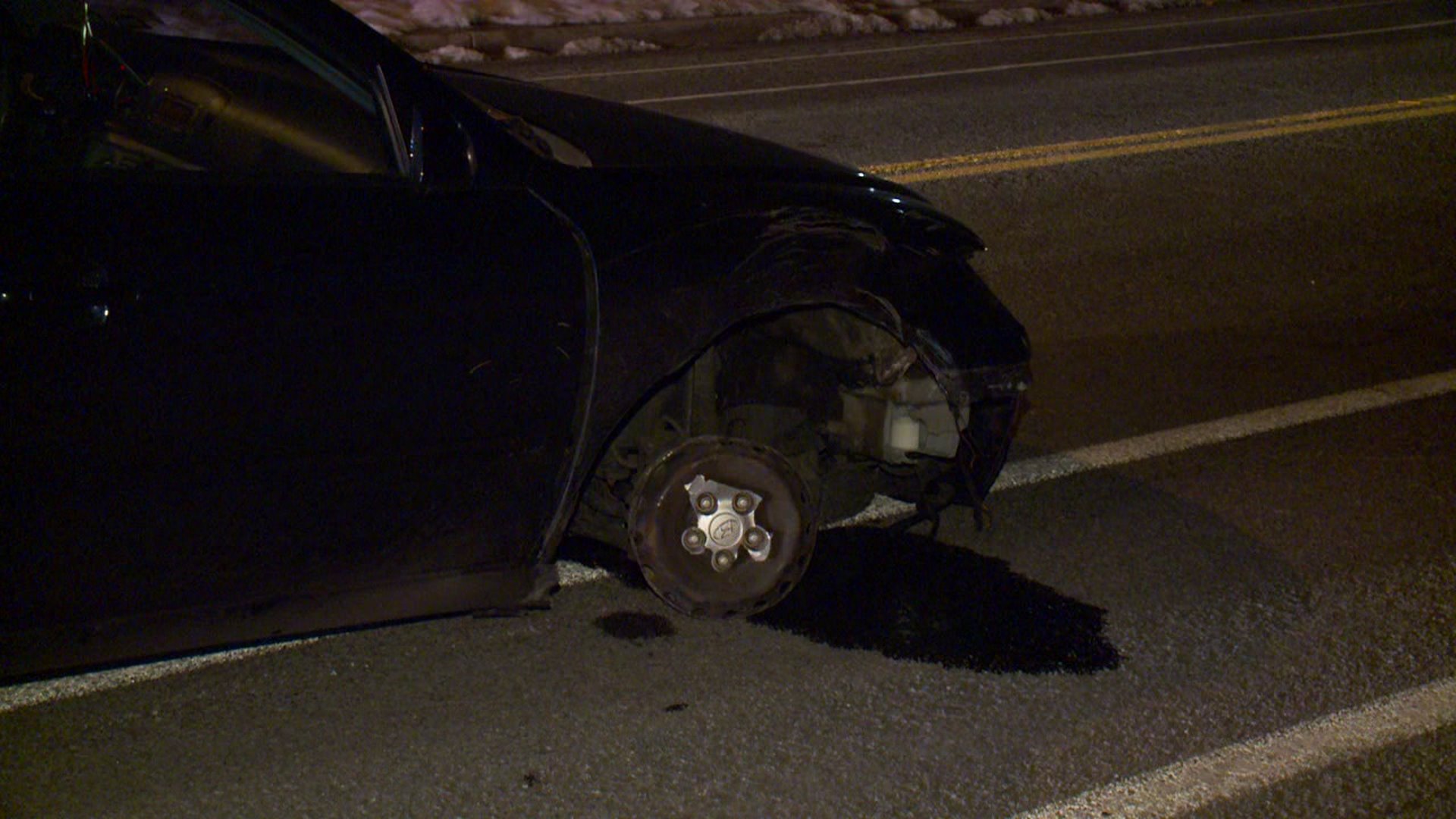