At $10.4 million, ‘Draper Castle’ among Mega Mansions for sale in Utah

But a single home on a Draper hillside has an asking price of $10.4 million, and real estate agent Alexander Monroe of Engel and Volkers says it's worth every penny.

The so-called "Draper Castle" is, after all, a local icon.

On a recent weekend, a Draper City employee counted upwards of 300 cars driving into the cul-de-sac in front of the castle as part of a study, which may lead to the installation of security gates in the area.

Engel and Volkers Real Estate allowed FOX 13 a peek inside the grand property, which has ten fireplaces, 11 bathrooms, four laundry rooms, three kitchens, six bedrooms and one bunk room, along with a variety of other rooms that could be converted for endless uses.

There's also an attached guest house, a wine cellar, a home theater and an indoor basketball court. To move about the multiple levels, there are several staircases, an elevator, and a system of slides hidden inside the walls, which are particularly useful for those looking to go down a floor or two.

The current owner of the "Castle" took over construction of the mega mansion when its original builder ran out of funds a few years ago.

"[The owner] bought it and really came in and put his love into it and his touch into it to bring it up to the quality you see now," Monroe said.

Outside of Draper, Utah's luxury real estate market has other offerings, from mountainside estates in Park City that can easily cost between ten and twenty million dollars, to a sprawling property in Springville that sits on several acres and is currently offered at $39 million.

The owner of "Draper Castle" listed the home with Engel and Volkers because of their ability to market the home to buyers around the world who have the means to purchase and maintain luxury properties.

Monroe said some luxury homes in Utah are marketed privately, never listed on the internet, and the terms of sale are never made public. Monroe says many of the homes he sells in the Park City area are secondary residences or vacation homes, but he speculates future owners of "Draper Castle" will more likely be year-round residents. 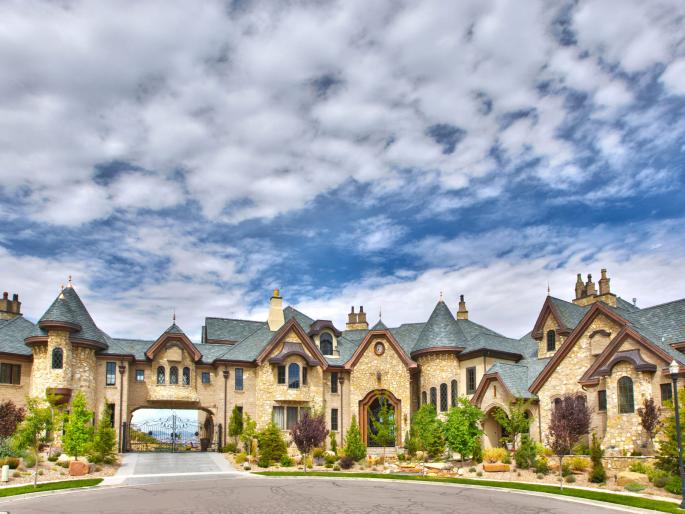