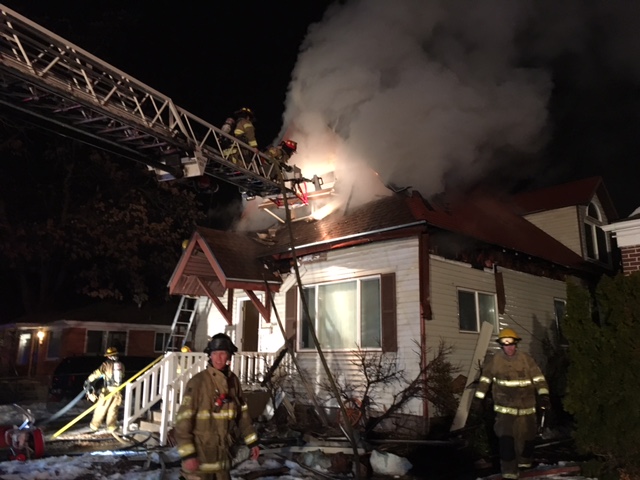 OGDEN, Utah – Authorities said a faulty chimney flue is to blame for a fire that claimed an Ogden home overnight.

Fire crews were called to a home at 2644 Brinker Ave. just after 10 p.m. Wednesday where they found flames coming from the roof and the chimney.

Officials said all four people in the home got out unharmed.

Authorities have estimated damages at about $70,000.

It took 17 firefighters with two ladder trucks and two engines about two hours to contain the blaze.