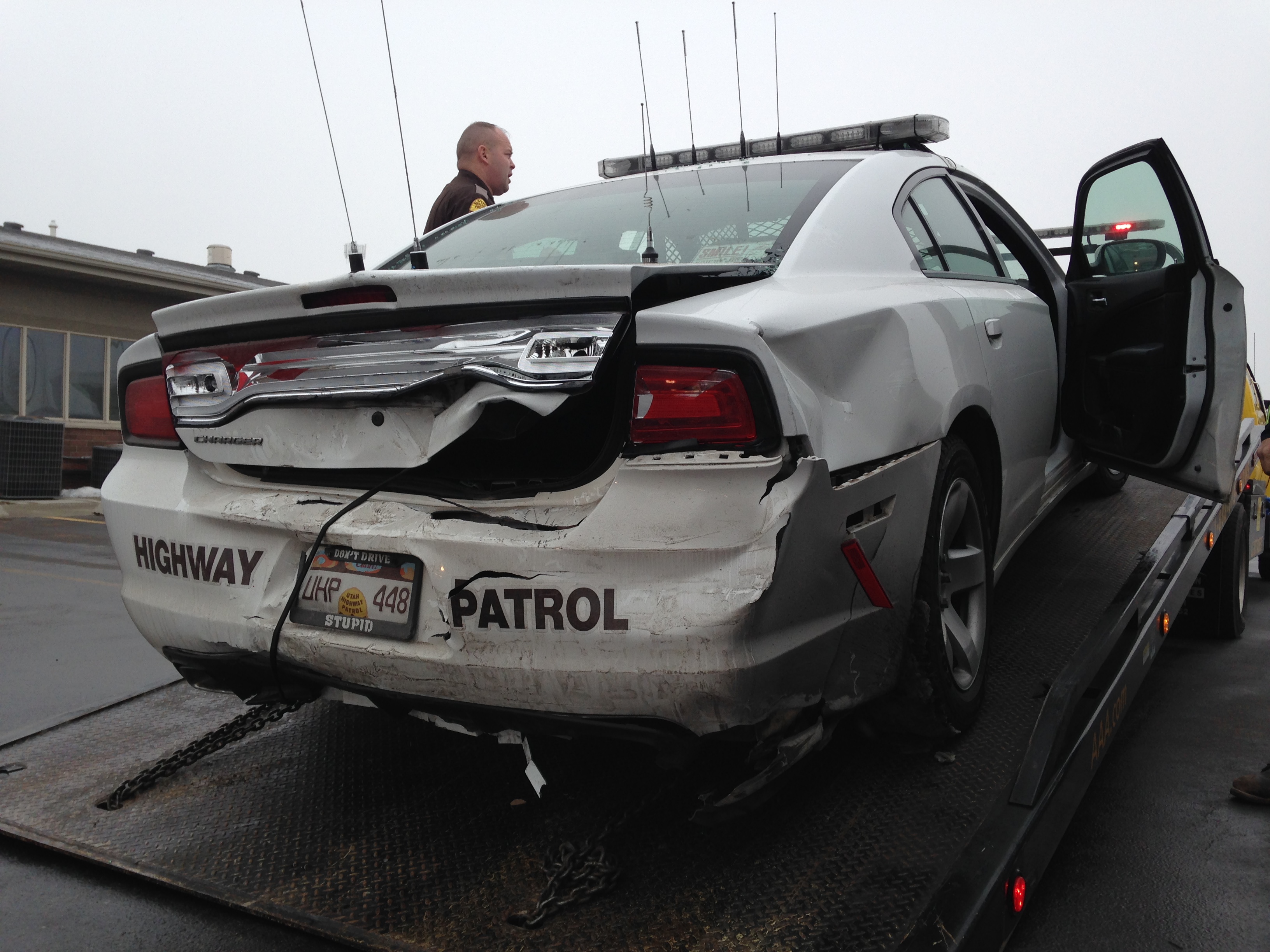 SPANISH FORK, Utah – A Utah Highway Patrol trooper has been injured in an accident in Spanish Fork on I-15 near mile post 258 Thursday morning.

Authorities said the trooper had stopped and ticketed a driver on the right shoulder of I-15 northbound in Spanish Fork when another car hit the back of his patrol car and pushed it into the back of the vehicle he had stopped.

The trooper went to the hospital for back, neck and arm injuries and will be there at least overnight.

Officials said the low visibility because of the weather was likely a factor.

The Utah Highway Patrol said troopers have been involved in seven crashes this year so far.

In all of 2015, there were nine trooper-involved wrecks.