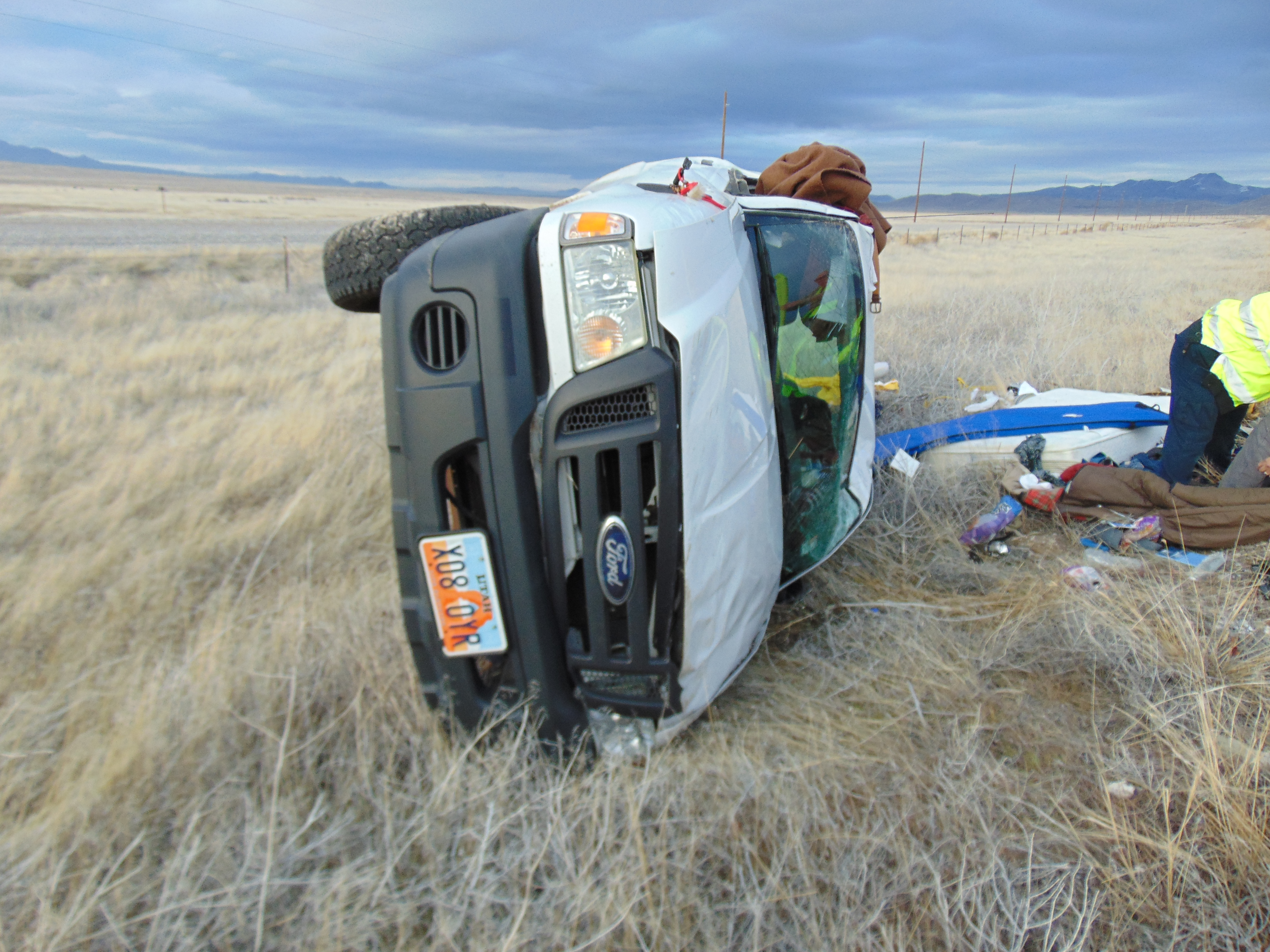 TOOELE COUNTY, Utah — Two people were taken to hospitals, one in serious condition, Sunday after a wrong-way driver was involved in a crash on I-80 in Tooele County.

According to the Utah Highway Patrol, police received report just before 5 p.m. of a small pickup truck driving east in the westbound lanes of I-80 near mile post 46 in Tooele County.

Before the truck could be located, the vehicle collided with a westbound passenger car carrying a family of four–two adults and two children.

All of the occupants in both vehicles were restrained. The driver of the passenger vehicle was flown to a hospital in serious condition.

The driver of the pickup truck was taken by ground ambulance to a hospital. His condition was not listed by UHP.

Police said they believe the driver of the pickup truck, a man in his 80s, may have been suffering from some kind of medical condition that caused him to become disoriented. It was not clear if he was taken to the hospital for injuries suffered in the crash or because of the medical condition cited above.