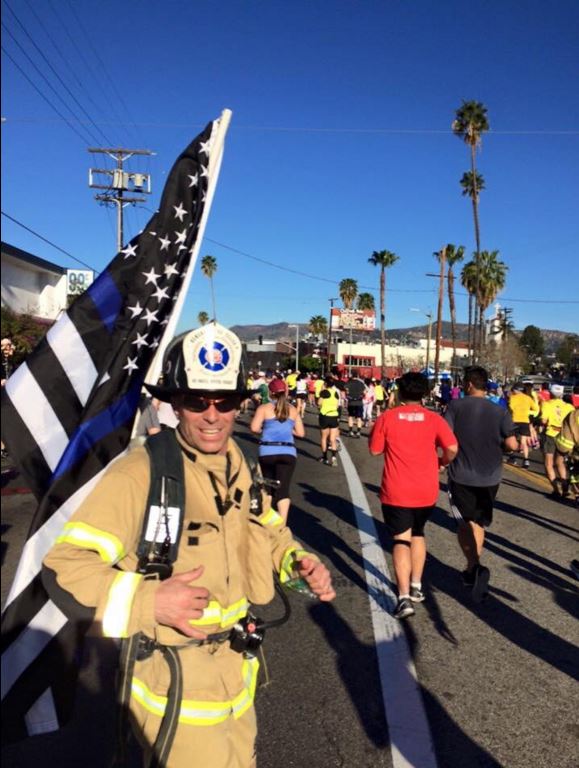 LOS ANGELES — Runners pounded the pavement in Los Angeles for more than 26 grueling miles Sunday, but one participant made the run while wearing full firefighter gear in order to honor the memory of a fallen officer.

Orem Fire Captain Robbie Asbell ran the race in full gear to honor Officer Douglas Barney, who was shot and killed by a suspect in January of this year.

According to race results courtesy the LA Marathon, Asbell finished the race in just under 6 hours at 5:57:47, recording an average pace of 13.39 minutes per mile.

Barney was shot and killed by Cory Lee Henderson as the suspect fled the scene of an accident with injuries in Holladay in January. The loss of Officer Barney rocked the community, as Barney was an 18-year veteran who had recently survived a battle with cancer and was well-known among his comrades for his sense of humor. Thousands of people attended Barney’s funeral.