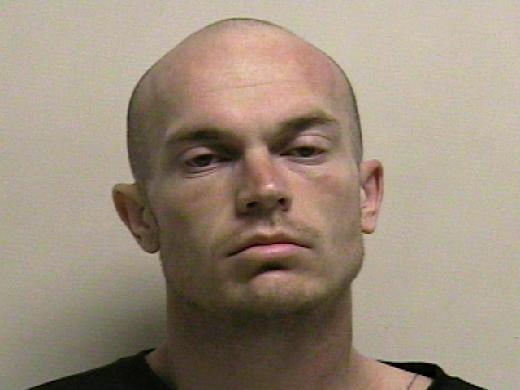 AMERICAN FORK, Utah – Police have arrested a wanted fugitive after he walked away from the Fortitude Treatment Center.

Officers have Thomas Samuel Burnham back in custody after capturing him in a Church of Jesus Christ of Latter-day Saints parking lot Monday morning.

According to police, officers saw a car with lights on a motor running near two utility trailers in the LDS church parking lot just before 4 a.m.

When officers approached the vehicle, Burnham came out from behind one of the trailers, tried to get into his car and run but he gave up.

Officers said Burnham admitted to stealing equipment from the trailers.

According to police documents, Burnham was paroled from the Utah State Prison on Sept. 8, 2015.

He walked from the Fortitude Treatment Center on Jan. 28 after checking out to get medical treatment.

Adult Probation and Parole received an arrest warrant for Burnham on Jan. 29 and had been searching for him ever since.

Unified officers pulled him over last Tuesday in Midvale but he got away after ramming the police car.

American Fork officers said Burnham has a criminal history including theft by receiving stolen property, possession/manufacturing of burglary tools, failure to stop at the command of police, drug possession and retail theft.

Last week Gov. Gary Herbert called on the Department of Corrections to fix the “gaps” after a number of fugitives left the Fortitude Treatment Center and then committed violent crimes including killing Officer Doug Barney and shooting Officer Jon Richey in Holladay.

After Gov. Herbert’s announcement, the Director of Adult Probation and Parole, Geri Miller-Fox, along with Wendy Horlacher, the regional administrator, announced their resignations.