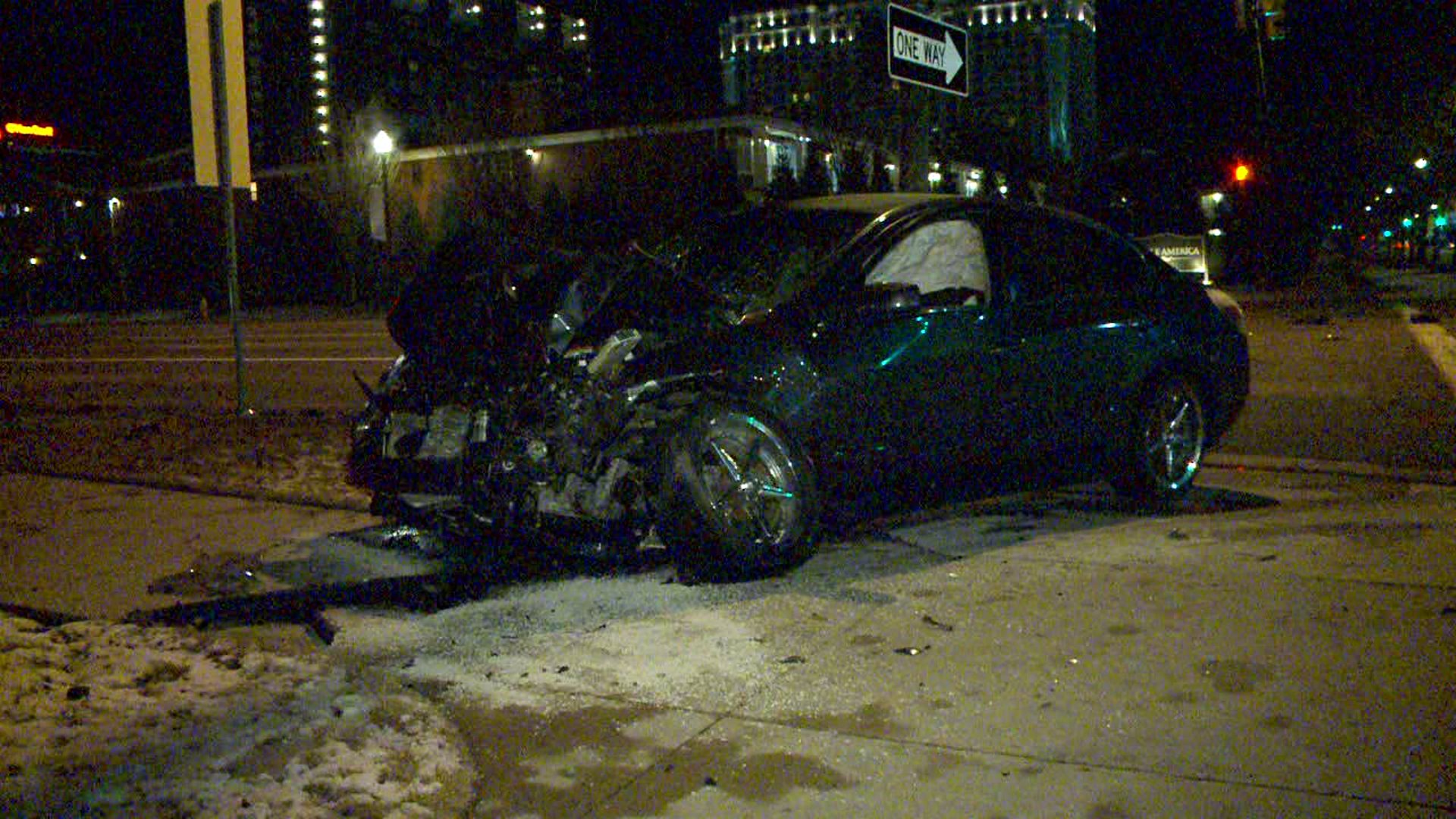 SALT LAKE CITY — A 15-year-old was processed for DUI after he allegedly stole a vehicle and then crashed into an SUV while driving on the wrong side of the road in Salt Lake City early Friday morning.

According to Salt Lake City police, the crash occurred around 3:22 a.m. in the area of 600 South and West Temple when a car collided with an SUV.

Both vehicles ended up on the front lawn of a hotel near the intersection, and the teen reportedly got out of the car and started to walk away from the scene but was stopped by an off-duty officer who happened to be nearby.

Both drivers suffered minor injuries, and the juvenile was processed for DUI.

The juvenile is reportedly a runaway, and the car he was in was reported stolen from the Little America Hotel just prior to the crash.