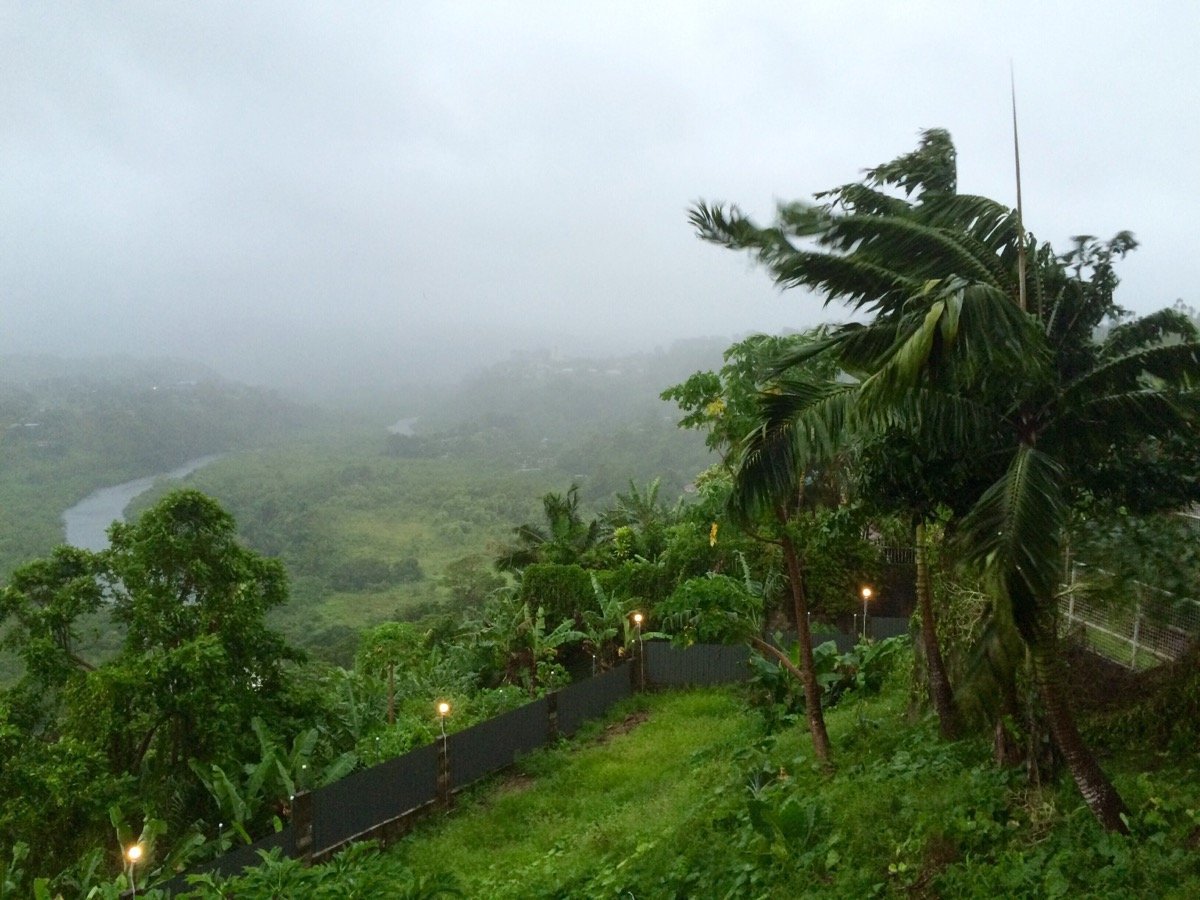 Tropical Cyclone Winston is now making landfall in Fiji, said CNN meteorologist Derek Van Dam. The storm is the most powerful ever to hit the island nation.

(CNN) — Fiji is bracing for a direct hit from a massive tropical cyclone, which will move over the main islands of Viti Levu and Vanua Levu this weekend.

Tropical Cyclone Winston is packing winds of 180 mph with gusts over 220 mph — the equivalent of a Category 5 hurricane — according to the Joint Typhoon Warning Center. The storm is expected to strengthen further before the eye of the storm hits the islands late Saturday local time.

“The assault,” as Prime Minister Frank Bainimarama put it, has already begun.

“As a nation, we are facing an ordeal of the most grievous kind,” Bainimarama said. “We must stick together as a people and look after each other.”

It is the strongest storm on record to make a direct hit on the main islands, which are home to a majority of Fiji’s 900,000 people and are smaller than Connecticut.

Warnings from the Tropical Cyclone Center in Fiji caution that destructive wind gusts from Winston could reach up to 225 mph, in addition to damaging rough seas and coastal flooding.

The government imposed a curfew starting at 6 p.m. local time, a statement from the country’s disaster management said.

Prime Minister Bainimarama said that the government is “thoroughly prepared to deal with this crisis.”

The tropical cyclone season in this region of the South Pacific runs from November 1 to April 30. Activity for the season is expected to be above average due to the ongoing record El Niño, which has brought above-average water temperatures to much of the Pacific.

Viti Levu, Fiji’s main island, has had fewer than 10 direct hits from storms at or above hurricane intensity (sustained winds of 75 mph or greater), according to NOAA. Tropical Cyclone Evan, which struck the island in December 2012, had maximum winds of 145 mph, causing major damage but no fatalities.