WEST VALLEY CITY, Utah — A former detective involved in the shooting of Danielle Willard and fired over mishandling of evidence has filed a civil rights lawsuit against West Valley City along with the Salt Lake County Attorney’s Office.

The lawsuit demands for a jury trial due to violation of due process, unreasonable search and seizure and equal protection, according to court documents released Tuesday. the lawsuit also names West Valley City Police Department, city attorney Wayne Pyle and Salt Lake County Attorney Sim Gill along with several others as defendants on the lawsuit.

The lawsuit stems from the shooting that Gill ruled unjustified when Cowley shot and killed 21-year-old Willard in 2012 during a drug investigation and charged him with manslaughter.

In 2014, the judge tossed the case ruling Cowley reasonably believed his life was in danger by Willard.

Cowley was fired by West Valley City police in September 2013 over accusations of mishandling evidence as part of the department’s troubled neighborhood narcotics unit.

Since then, Cowley fought to be reinstated.

During an employee discipline hearing last summer, attorneys for West Valley City filed a motion in a justice court asking a judge to rule in favor of Cowley.

In the filing, the city acknowledged it could not provide some papers to Cowley’s attorneys so it sought to drop the case.

Cowley reached a settlement with West Valley City for nearly $160,000 in back pay, benefits and retirement, in exchange for his resignation last June.

The former detective was reinstated last year but quit three days later saying it was a hostile work environment.

We are disappointed that Shaun Cowley, who voluntarily resigned from West Valley City, has decided to file a Federal Civil Rights lawsuit against the City. We have yet to be served, but we intend to vigorously defend any suit brought against the City by Mr. Cowley.

Read the lawsuit in its entirety below: 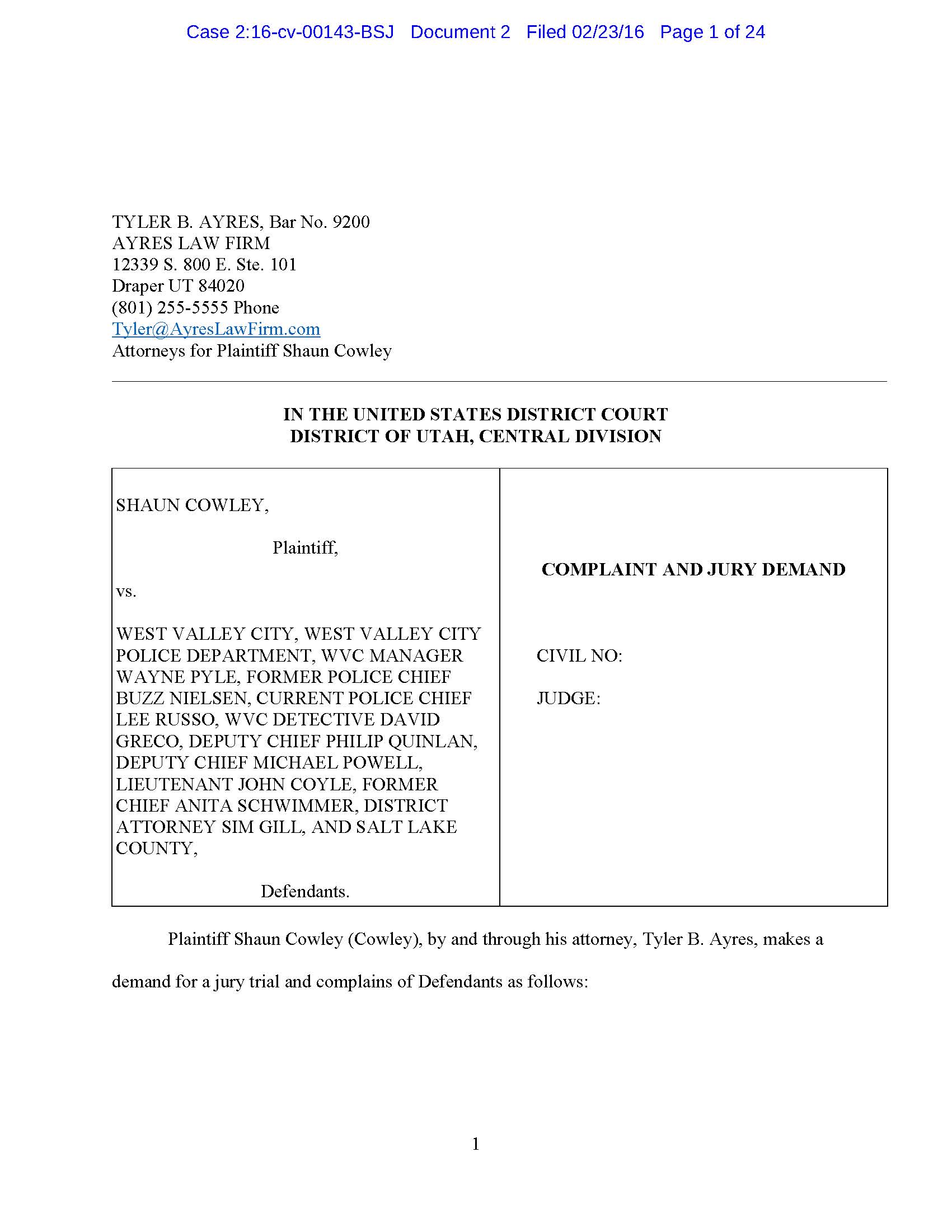