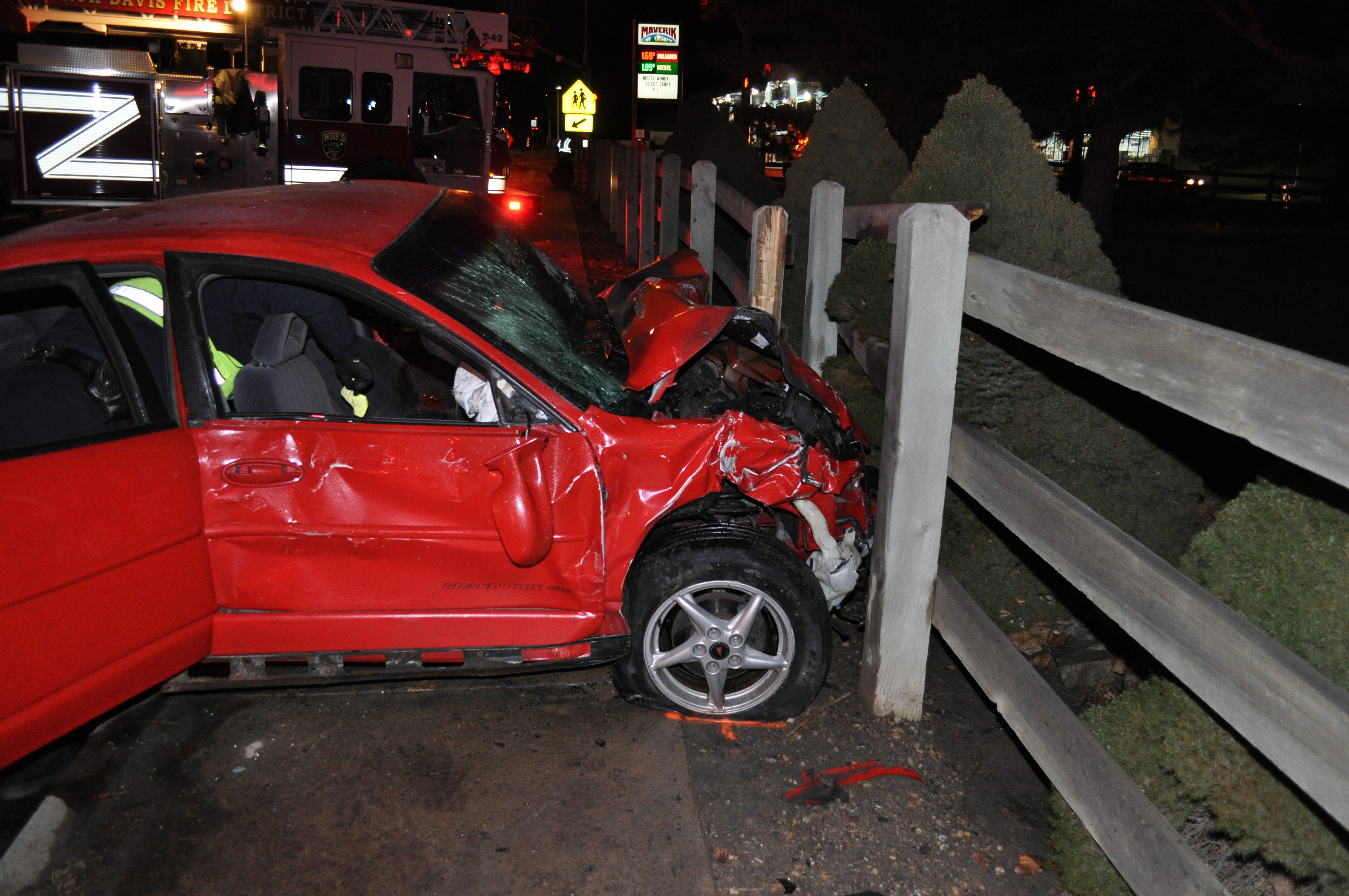 CLEARFIELD, Utah – Three people are dead after a crash in Clearfield overnight.

Crews found two mangled cars and had to use the “Jaws of Life” to get the people out.

All three people involved died at the scene.

Family members have identified two of the victims who were in the 2003 Kia Sedona as Damon (37) and Sophie Udy (34) of Sunset, Utah.

The Clearfield Police said 30-year-old Seth Wolf, of Clearfield, was in the 2003 Grand Prix.

Officers said it appears Wolf in the Grand Prix did not stop at the light and crashed into the Kia Sedona at a high rate of speed.

Authorities found the cars more than 100 feet from where the wreck happened.

Clearfield PD said open containers and the smell of alcohol in Wolf’s Grand Prix lead them to believe alcohol played a part in this wreck.

However, officers are waiting to get toxicology results back on both drivers before they can confirm alcohol as a cause.

A Go Fund Me account has been created for the funeral expenses of Damon and Sophie. Click here to donate.