Teen pingpongs car down street, K9 finds him in shower

SALT LAKE CITY - Officers have a teen in custody after they said he ping-ponged a car down the street, playing pinball with the other vehicles lining the neighborhood roads.

At about 3:30 a.m., the suspect slammed into at least four parked cars in the area of California Avenue and 1400 West, across from Glendale Middle School. One of the vehicles was vaulted into the air, according to Salt Lake City police officials. The suspect’s vehicle was also totaled.

When officers arrived, the suspect was not on scene. K-9s were brought in to track the teen down where he was later located a few blocks away at a home on Andrew Avenue and 1200 West. Police say he was taking a shower. 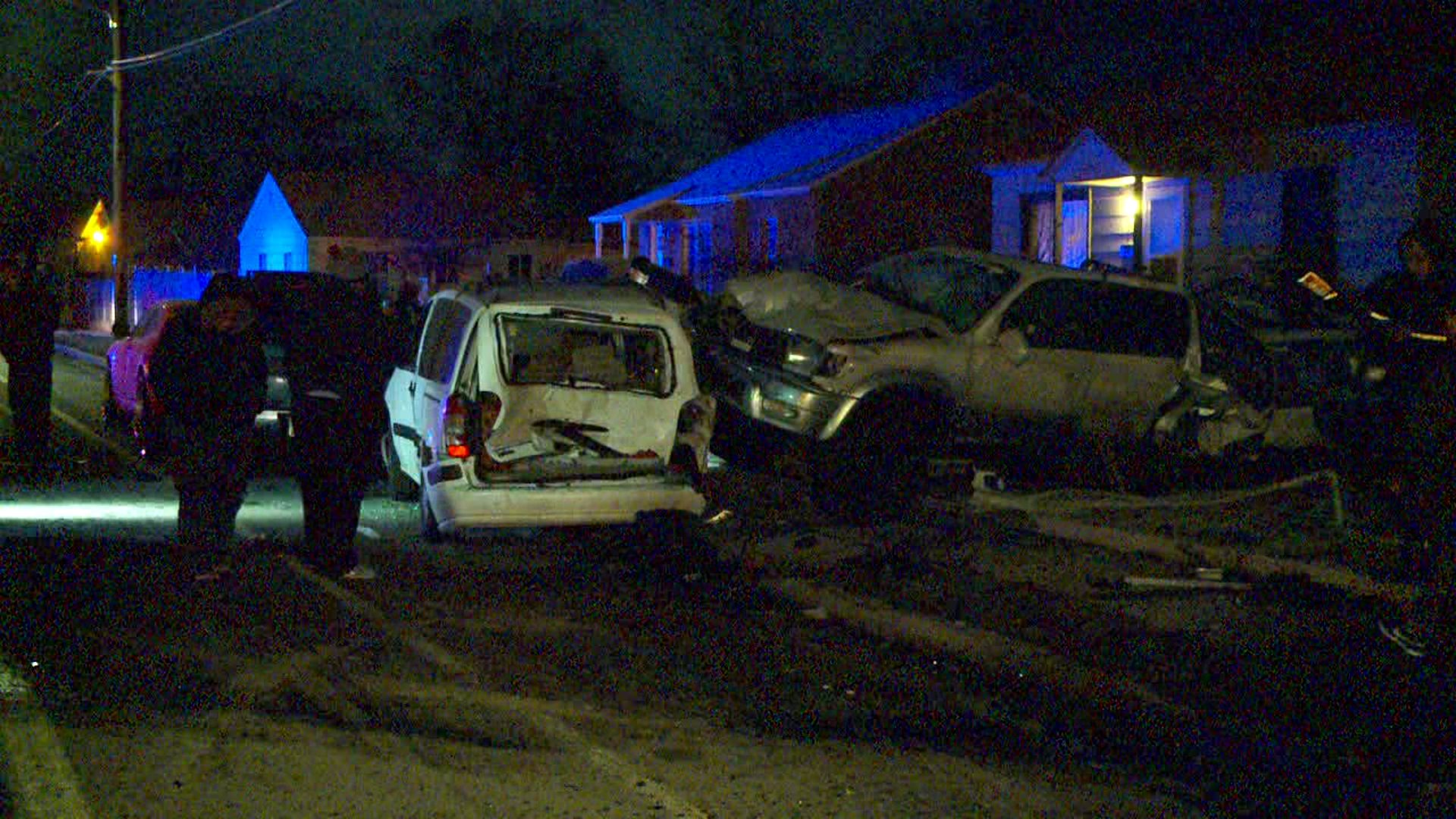 Ofa Mafua and her husband spent the day cleaning up the glass and debris from the collision in front of their home. They gathered, raked and hosed the damage off their lawn, sidewalk and street.

Two of Mafua’s cars were totaled and towed away in Tuesday morning’s accident.

"He hit that one and then that one hit my other car and then the neighbor's car flew over and hit my car right here," Mafua described. "That one. That one in the driveway."

Mafua’s neighbor's car went over her fence and smashed the back of her van that was parked in her driveway.  In total, three of her family's cars were hit.

Police said the suspect will face a couple traffic tickets because he is a minor, including negligent collision, hit and run, and driving without a driver's license.