PROVO, Utah -- Police in Provo responding to a tip from a concerned citizen arrested a man, and after searching the suspect and his residence police located 371 grams of methamphetamine, six guns and more than 1,000 rounds of ammunition.

According to the Provo Police Department, officers received a tip about potential criminal activity at a home near 1000 East and 300 South, and after investigating the residence officers decided to move in on 24-year-old Roberto Aguilar.

The man was believed to have drugs and guns in his residence, so, for safety reasons, detectives elected to watch the man until an opportunity came up to make a traffic stop rather than approach him at his home. When stopped, Aguilar was found to have a fake ID and more than $7,000 in cash.

Officers serving a search warrant at the man's home located 371 grams of methamphetamine, which according to police has a street value of $37,000 and represents 1,500 individual doses.

Police also located "1 AK 47 style rifle, 5 handguns, and over 1,000 rounds of ammunition. A records check revealed that three of the five handguns were stolen."

After several quiet years in the neighborhood, Mark Gelison describes a strange night a few months back.

"We were asleep and we heard a loud, pounding knock at the door and I thought, 'Who would be coming to my house at 3 a.m.," Gelison said.

"When I called police I explained to them what I was seeing out the window," he said. "I watched the people get out of the car and go to the house, which was just raided and is next door to me."

Gelison isn't sure if it was his tip that put police on his neighbor's trail.

"My first thought was drugs, honestly, because I have seen people come and go," Gelison said.

Giles said Aguilar was friendly, and this kind of criminal activity is the last thing he would expect.

"I feel terrible," he said. "I have a 12-year-old daughter, and there's a lot of little kids in the neighborhood." 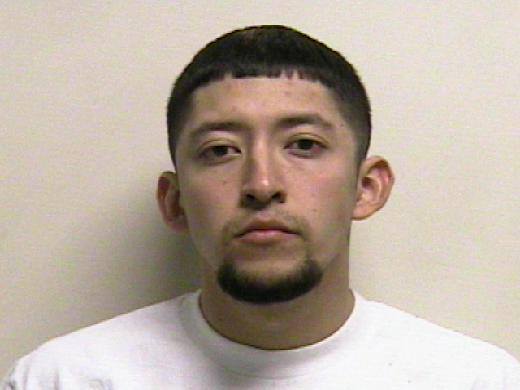