MILLCREEK, Utah - A husband who threatened to kill his wife and emergency crews in an ambulance is in custody Thursday.

Officials said the situation started at about 3 a.m. in Tooele when 48-year-old Robyn Harrison started to follow his wife who was in an ambulance on the way to a hospital in Millcreek.

Authorities said Harrison started making "terroristic threats" against his wife and those in the ambulance, saying if they tried to admit her to the hospital, he would "kill everybody."

That's when Unified officers arrived and tried to box in Harrison's truck.

During that effort one patrol car was totaled and another was heavily damaged.

After officers stopped the truck, they arrested Harrison without much trouble.

The ambulance carrying  his wife made it safely to the hospital.

Officers said they aren't sure why he was determined to stop his wife from going to the ER.

One officer went to the hospital for minor cuts on his head.

Harrison went to another hospital complaining of neck and back pain.

Unified Police said he will likely be charged with evading police and making terroristic threats. 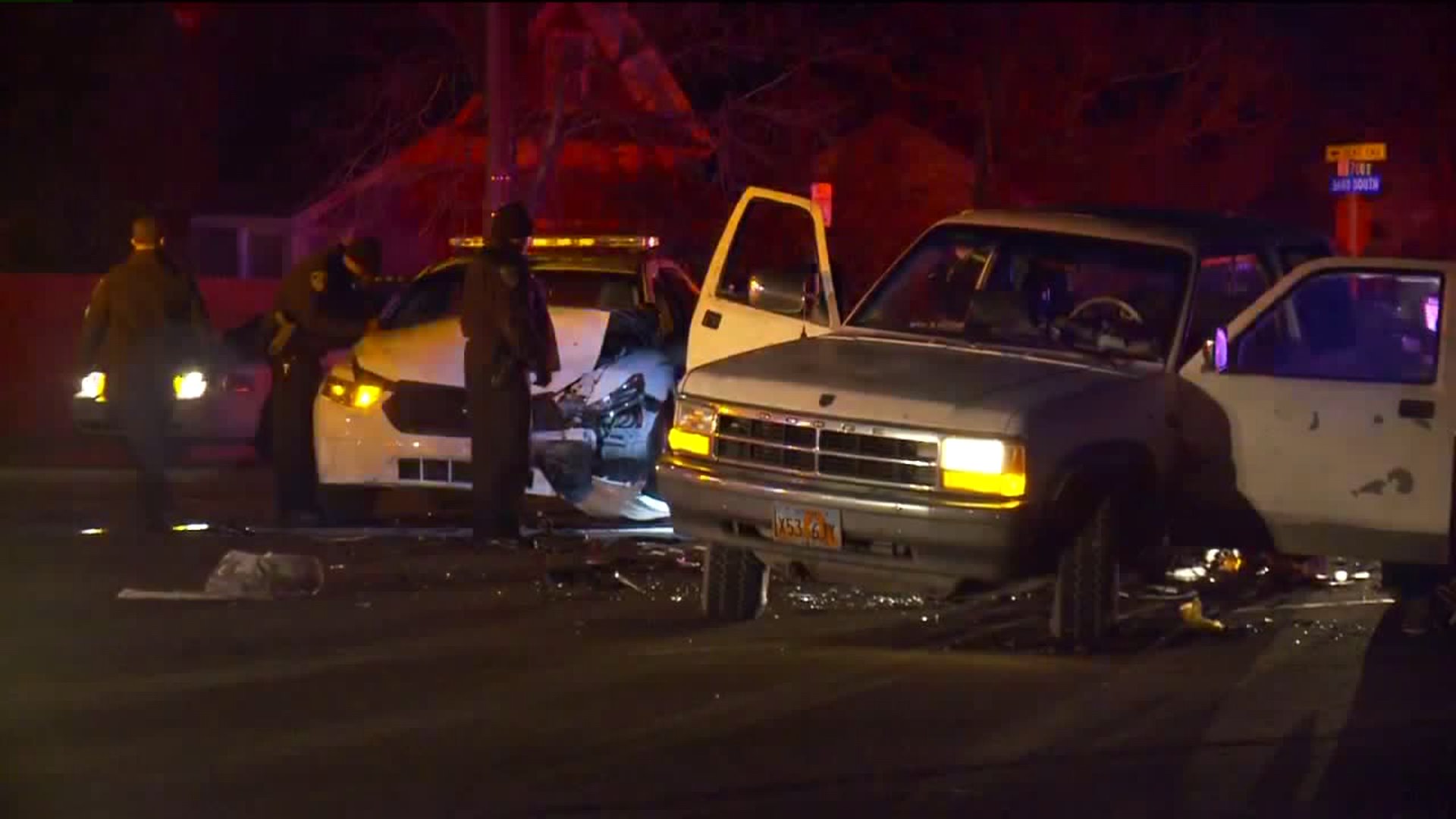