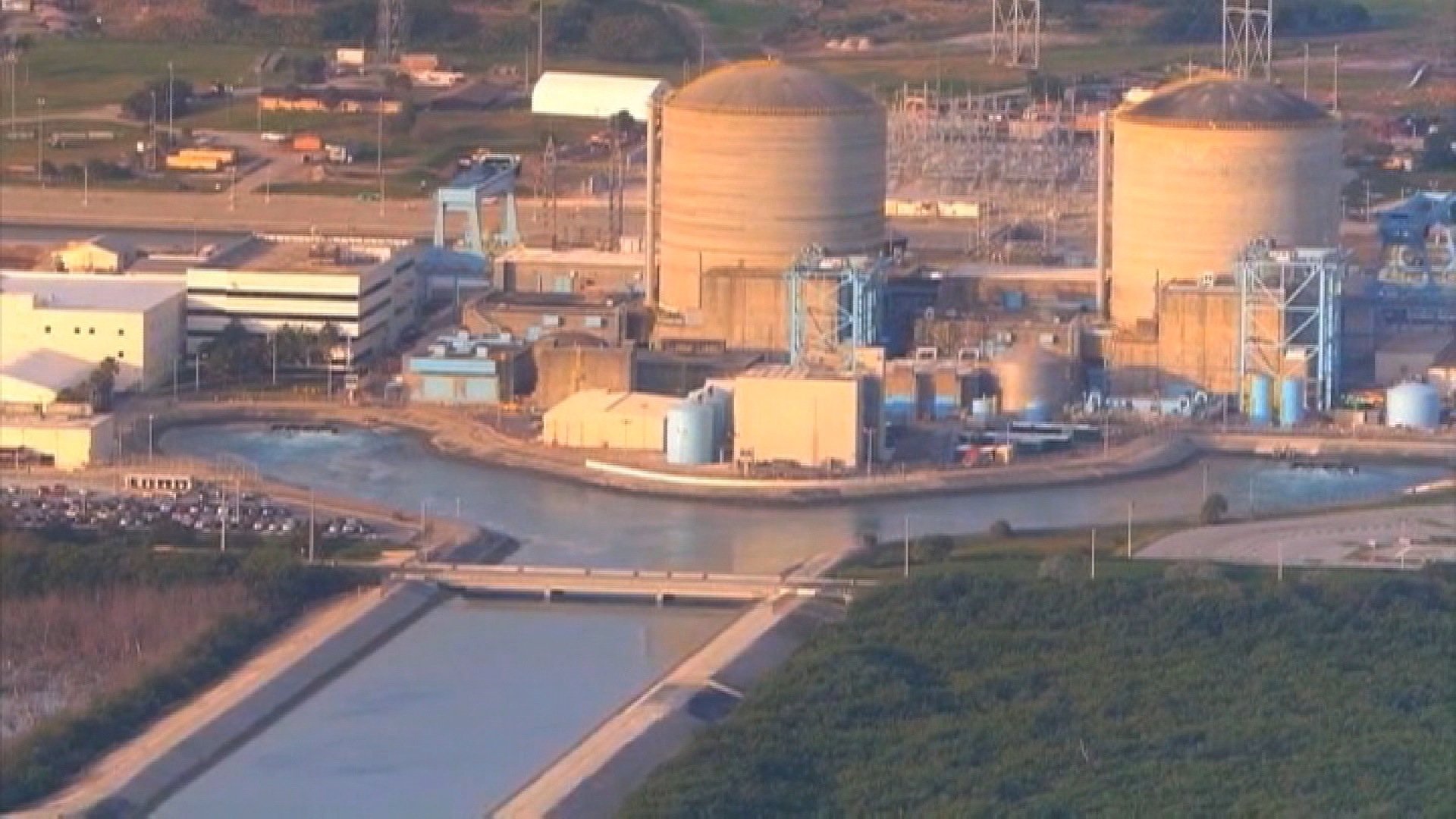 By Ralph Ellis and Keith Allen

(CNN) — Christopher Le Cun said he didn’t know he was scuba diving near a pipe from the St. Lucie Nuclear Power Plant in Florida that pulled in around 500,000 gallons of ocean water per minute.

But, he said, he soon realized he’d lost control of the situation.

“When I was first sucked into the pipe, it was so turbulent it was unbelievable,” he told CNN on Saturday. “I had to hang onto my mask. It was 20-30 seconds before I got my bearings.”

He says he spent four or five minutes tumbling through the darkness of the pipe, which Florida Power & Light Co. says is 16 feet in diameter and a quarter-mile long. He thought about his wife and kids, back on the boat.

“Then I saw a tiny light in the distance, almost like somebody lit a match, then all the sudden it was on me,” Le Cun said. “It spit me out into the sunlight into this canal and there were tons of fish around. Goliath groupers, tarpons, a bunch of fish that didn’t make it.”

He was in a pond at the nuclear plant. He went to the surface.

“I saw a worker there and he asks, ‘How did you get in here?’ He says, ‘You’re really lucky, we were getting ready to leave for the night in five minutes.’ ”

Le Cun borrowed the man’s cell phone and called his wife. She didn’t take the call, though, because she was busying talking to 911 and the Coast Guard and didn’t recognize the strange number.

He made it out alive but Le Cun has filed a lawsuit against FPL over the July 12 experience. He says the intake pipe was not marked and posed a danger to him.

“The diver in July intentionally swam into one of the intake pipes after bypassing a piece of equipment to minimize the entry of objects,” he said.

“There is an eight-foot buoy floating at the point of the intake piping, which has been in place since the plant opened, and states that people should stay 100 feet away. There are three intake pipes, which extend for a quarter mile along the floor of the ocean, and the one that the diver swam into is 16 feet in diameter with a protective cap.”

Le Cun said he did see some sort of cap but “that thing is not designed to keep anybody or anything out.”

Another diver sucked into pipe in 1989

Le Cun told CNN affiliate WPTV that he and a friend saw the yellow buoy that day and large submerged silhouettes underneath. They decided to see what was down there.”I am 100% positive that there were no signs on the buoy,” he said. “I know that because my boat was tied to that buoy.”

This is not the first time a diver has been sucked into an intake pipe at the nuclear plant. It happened in 1989 to William Lamm, who also survived, according to a report from United Press International.

“I thought I was dead,” Lamm said in the UPI story. “It was darker than any dark I have ever seen. I tumbled and bounced all over the sides of the pipe.”

“I really don’t want to give it up, but I don’t know,” he said. “It’s something I’ve always enjoyed with my family and friends, but I’ve only been in the water once since it happened and I didn’t enjoy it. Maybe someday I’ll do it again.”