An Idaho pastor was shot in the parking lot of his church Sunday, according to authorities.

Tim Remington was found by police at 2 p.m. local time next to the Altar Church in Coeur d’Alene with multiple gunshot wounds, said Detective Jared Reneau of the Coeur d’Alene Police Department. Remington underwent surgery and is now in stable condition.

Remington delivered the invocation at a rally for Republican presidential candidate Sen. Ted Cruz on Saturday, but at the moment, police do not have any information indicating that the shooting was politically motivated, Reneau said.

“We’ve been waiting for somebody who represented God for a long time,” Remington said at the rally. “We are here to pray that God’s will be done.”

Police have named Kyle Andrew Odom, 30, as a suspect in the shooting and are working to obtain an arrest warrant for him. Odom is 6 feet tall, weighs about 170 pounds and has blond hair and blue eyes. Authorities consider him to be armed and dangerous. 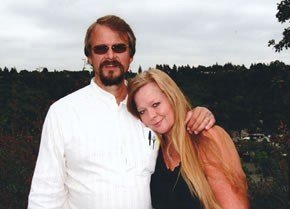