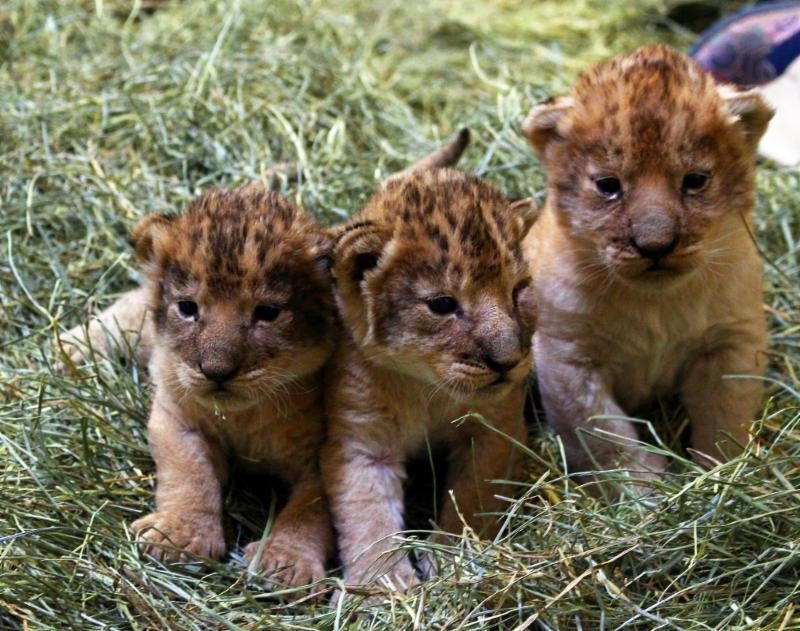 The cubs, born February 24, were the first lion cubs born at the zoo in 27 years. Their parents are Baron (male) and Nobu (female), who were brought to the zoo for the 2014 opening of the zoo’s African Savanna area.

“There is always some anxiety because you’ll never know what kind of mom they’ll be,” said Valerie Schubert, primary lion keeper, in a news release. “But Nobu is a wonderful first-time mother; she is extremely affectionate and protective of her cubs.”

Nobu gave birth to the lion cubs, who each weighed about two pounds at birth, after a typical 110-day gestation period. The cubs will need to spend time with their mother for bonding over the next several weeks before they can be introduced to the rest of the family.

They’ll be introduced to aunt Sela first, then to their father Baron and uncle Vulcan. The news release from Hogle Zoo said the process takes several weeks of careful observation and attention by keepers and animal care staff.

Zoo guests will eventually be able to visit the full pride later in the spring, likely in mid-to-late April.  The cubs have not been named, but Community Relations Coordinator Erica Hansen said the public will have the opportunity to help name them, perhaps in the form of a contest, once the cubs are available for public viewing.