SALT LAKE CITY -- A man was taken to University Hospital Thursday morning after he was pulled from a garbage truck in Salt Lake City, and officials said they have now learned the man was sleeping in a dumpster when the truck came to collect the trash.

The incident happened near 700 South and 300 West.

When the driver hopped up to clear it off, he, "heard some noise inside, could see a male down inside his truck," Bednarik explained.

The man was yelling for help, so the driver called 911.

The city’s Heavy Rescue team responded to the scene to lift the victim from the garbage truck and take him to the hospital.

So, how did the man end up in the trash?

"The individual told him that he was sleeping in a dumpster in a different location," Capt. Bednarik explained.

Salt Lake City Police, which took over the investigation, said the man was in a dumpster at the Motel 6 on 200 West, just north of 600 South.

The truck emptied the dumpster, sleeping man and all, into the back before taking off on its route.

He'd only been in the truck for a few minutes and for a couple of blocks before the driver pulled over and discovered him.

While Salt Lake City Police said the man was originally thought to be in critical condition, his injuries were fairly minor and he's now listed as being in stable condition.

Republic Services of Salt Lake City, the company that operates the garbage truck, released a statement praising the driver for his actions.

"We applaud our driver for his swift actions and quick response in contacting authorities to assist in the situation today. Safety is our number one priority. We take every precaution necessary to ensure we provide quality services while protecting the communities where we work and live. 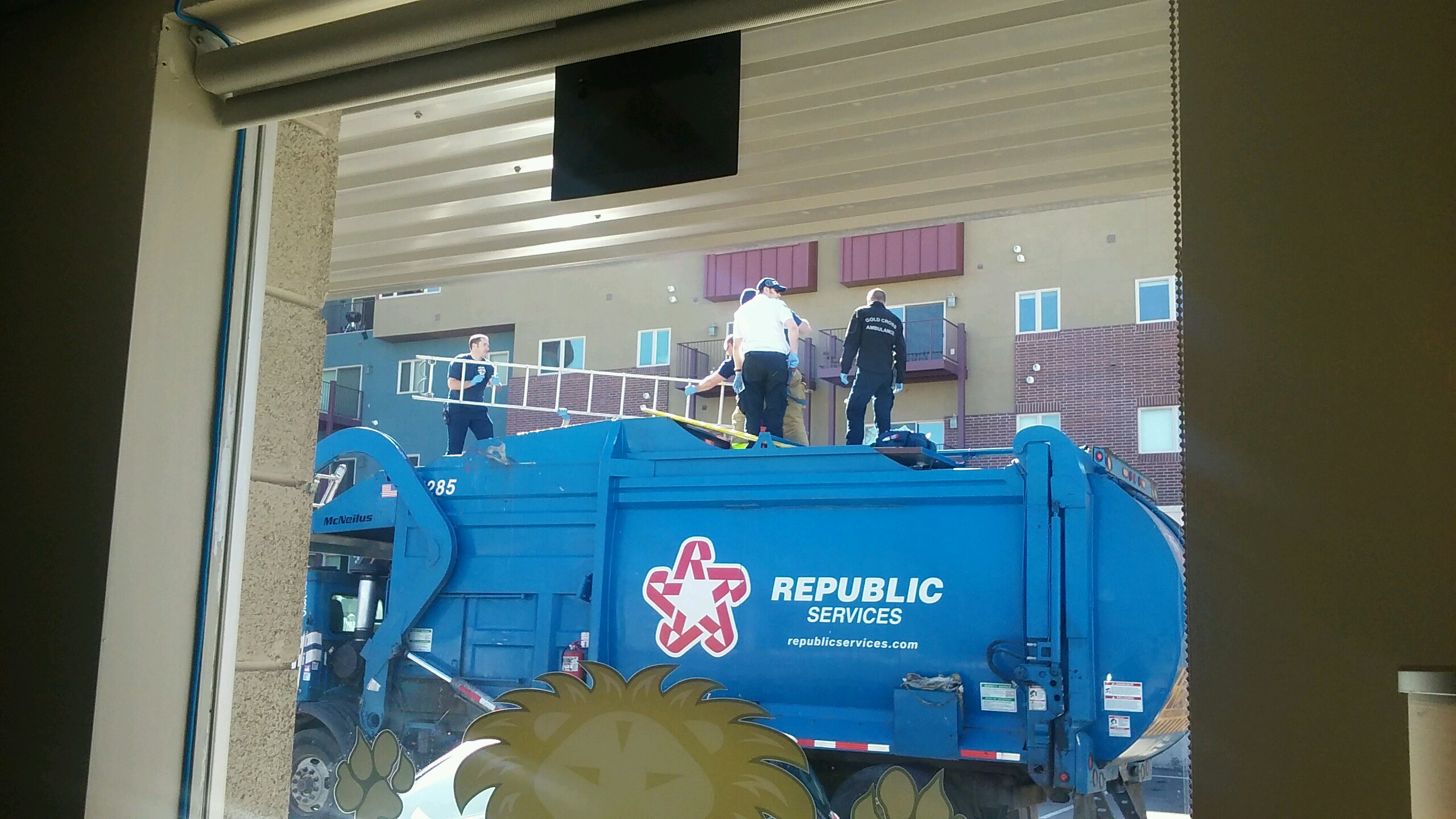