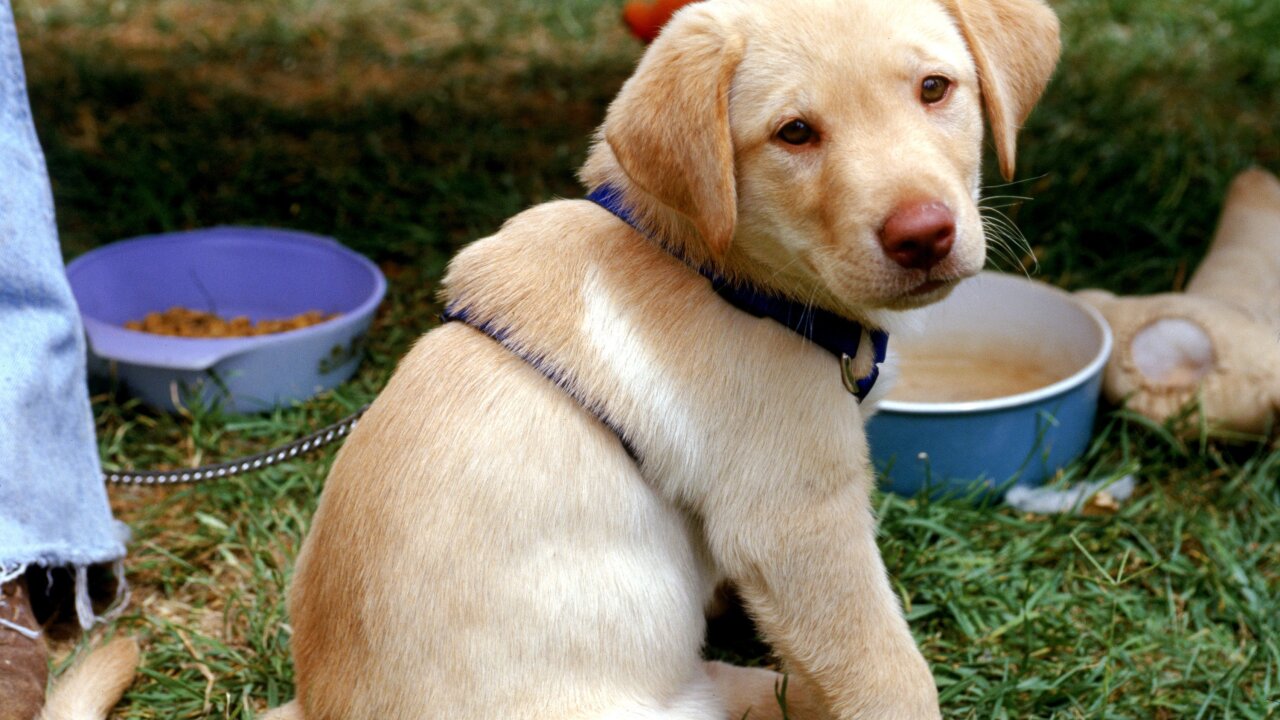 Today, on National Puppy Day, there’s always plenty of happiness to go around.

Consider the youthful canines at the Humane Society of Utah.

Sarge, a 5-month-old pit bull mix, looks at you with welcoming eyes. Storm, a 2-month-old Jack Russell mix, looks like he’d love companionship as much as peanut butter. And how can you resist the goofy, quizzical look of Jax, a 6-month-old Australian shepherd mix?

Guinnevere Shuster, the Humane Society of Utah’s photographer and social media coordinator, gave the pups’ photos the professional treatment and says the idea is just to help them find new homes.

“We try to do these photos for dogs who maybe need a little extra help getting adopted,” she said.

Puppies usually sell themselves — who doesn’t love a puppy? — but even there the photos raise awareness.

“Maybe not a lot of people are aware that shelters and rescues are filled with puppies,” she said. “Even if you’re looking for a younger dog, the chances are you can find one that needs a home at a shelter or rescue.”

National Puppy Day is the brainchild of Colleen Paige, a lifestyle expert who also created National Dog Day and National Cat Day. The goal, says the National Puppy Day website, is “to help save orphaned puppies across the globe and educate the public about the horrors of puppy mills.”

That said, there are always more: unwanted litters, strays, pickups from other shelters. Shuster notes that the society sees many pit bulls and herding dogs — the former because of their reputation for violence (a myth, she adds), the latter because their energy can be overwhelming for some people.

Indeed, it’s important to remember that those cute puppies require plenty of care and training. If you’re away for nine hours a day, perhaps a puppy isn’t for you.

Don’t take them for granted:

• Give them time and effort. “It’s no different than having a small child or an infant,” Shuster said.

• Get them socialized. “They need to be able to play with other dogs. They need to be exposed to other people. We always recommend people take their puppies to obedience classes — not only because it helps socialize them, but having good doggie manners is always a plus,” she said.

• Spay or neuter your pet. You shouldn’t need Bob Barker to tell you this.

Also, puppies do grow up. Shuster says a number of puppies are surrendered to the Humane Society around the 5-month mark because they’ve outgrown the cute stage.

(Hopefully, that won’t happen to Sarge, Storm and Jax, all of which were adopted in recent days.)

But don’t worry: if you’re ready for a puppy, no doubt there’s one ready for you. On National Puppy Day, drop by your local shelter and see if you can find a friend.

Nothing will make you happier.