Two injured after car crashes through front of business in Clearfield 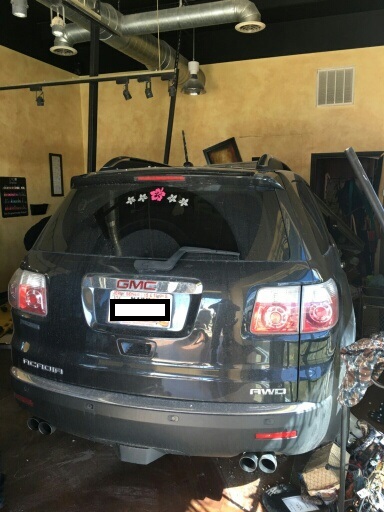 CLEARFIELD, Utah — Two people suffered minor injuries Friday afternoon after a vehicle crashed through the front windows of a business in Clearfield.

According to a press release from the Clearfield Police Department, the crash occurred just after 3 p.m. at Mild to Wild Hair Design, 916 West 1700 South.

A 38-year-old woman driving a 2008 GMC Acadia had parked in the lot facing the building, and preliminary investigations indicate she failed to put the vehicle in park and accidentally hit the accelerator, sending the car into the building through the front windows.

Two women, a patron and an employee in the store, suffered minor injuries. The customer was taken to a local hospital to be evaluated.

The Clearfield Police Department is investigating the incident and states charges against the driver are possible. North Davis Fire District also responded to the scene of the crash.