SALT LAKE COUNTY, Utah -- Fire investigators are looking into the cause of an industrial fire that destroyed a warehouse Monday night.

The fire started about 7:25 p.m. When Unified police officers arrived at the industrial site near 2100 south and 7200 west, they witnessed an explosion. Several fire crews responded to the incident. Flames were extinguished around 8:10 p.m.

Salt Lake Fire Capt. Mark Bednarik said the building is not an active business, but is used for storage by the owners. Authorities are investigating whether material stored inside could have started the fire.

“We don’t know what caused the explosion at this time,” Bednarik said. “The officer that first arrived believed that it might have been propane.”

One of the biggest concerns for firefighters was the smoke pouring out of the building. It was blowing south toward State Route 201. Police shut down access westbound, but it reopened just before 8:30 p.m.

Investigators will continue their investigation Tuesday. 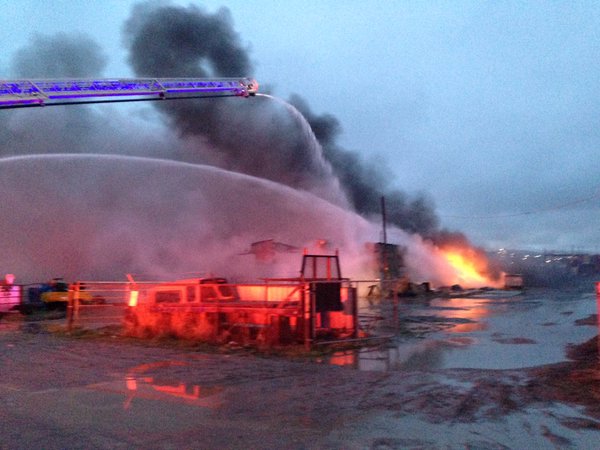