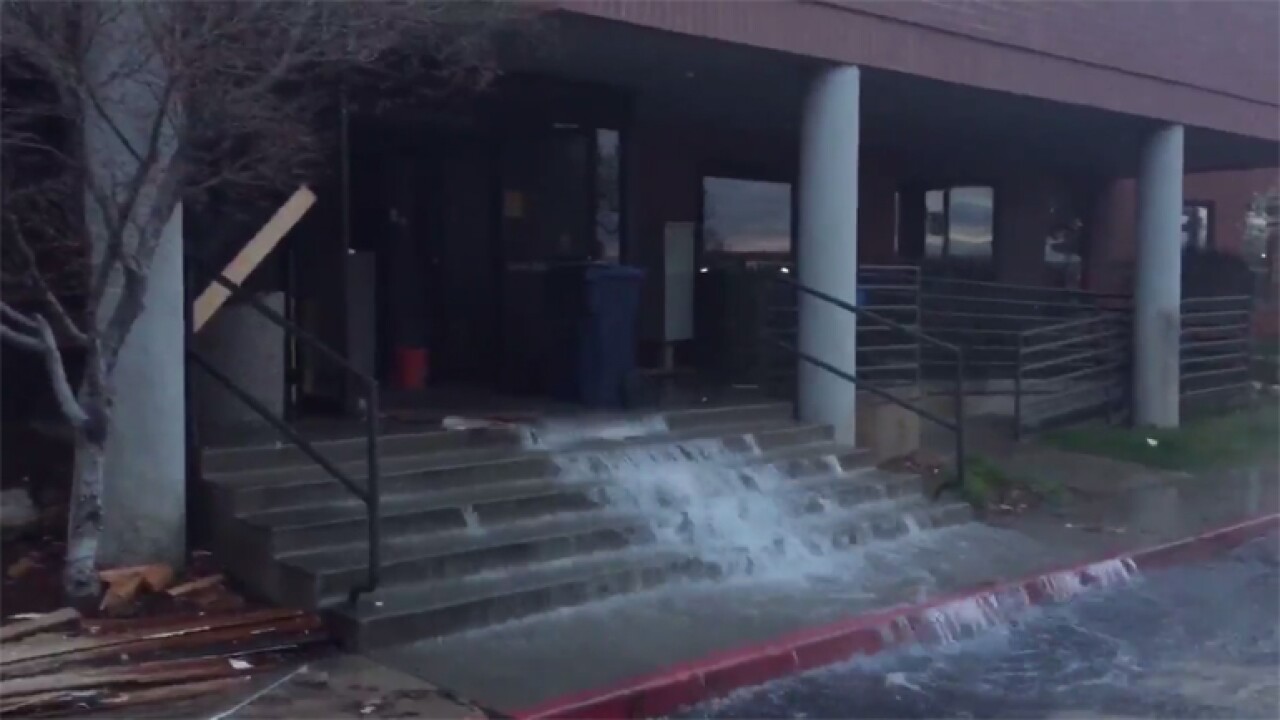 FOX 13 received reports of the flooding, which occurred at 2607 Decker Lake Blvd, shortly before 7:00. The flooding occurred in the Patrick Henry building of the Franklin Covey complex. The building is occupied by backcountry, ABS Telecom and Solutions II.

A video (below) posted by the police department appears to show hundreds of gallons of water emerging from the building. Police said water workers are investigating the cause.

Employees at the impacted businesses spent the day cleaning up and trying to remove and protect valuable items like laptops and other electronics.

FOX 13 News' Scott Mckane has more on this story, see the video above for his report.

Flooding at the Franklin Covey Building this morning. Water workers investigating cause. pic.twitter.com/U7dtqr92bO